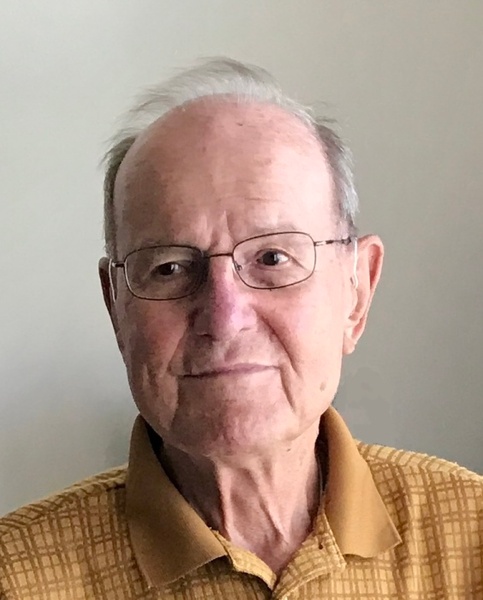 Paul Feys, 96, of Frederick, MD, passed away on Wednesday, May 4, 2022. He was born in 1926 in Ostend, Belgium, the second of four brothers. He and his family survived German occupation and British bombing during World War II, and after finishing high school in 1944, he joined the order of the Missionaries of Africa. He spent 25 years as a member of the order, including 10 years in Central and East Africa (six in Rwanda and four in Tanzania).

In 1969, Paul left the order. He met his future wife, Elsbeth Wetzstein, a nurse from Germany, in London where she was working at Brompton Hospital. They moved to the United States and settled in Montgomery County where they raised their two children. Paul worked in Washington, DC, first teaching Latin at Sidwell Friends School in 1971. In 1972 he became Executive Director of the International Student House in Washington, DC, a position he held until retiring in 1995. During his work there, he made connections with many students from all over the world and promoted an environment of openness and cross-cultural understanding. He was always interested in learning about different countries and cultures, and spoke seven languages: French, Flemish, German, English, Italian, Spanish, and Latin. He also learned enough Kiswahili to hold a conversation and knew a smattering of words and expressions in Japanese, Arabic, Greek, Kinyarwanda, and Russian.

Paul and Elsbeth moved to Frederick, MD in 2012, after they both retired, and eventually found Edenton Retirement Community, where they both became active participants. In June 2017, his wife passed away after 47½ years of married life.

Paul was preceded in death by his wife and his three brothers. Survivors include his two children: Cara (and husband, Ben Kisila) living in Fredericksburg, VA, (with their children Mathias and Olivia), and George (with his wife, Elizabeth DiFilippo) living in Point of Rocks, MD (with their twins, Thomas and Nicholas).

A celebration of life will take place at 11 a.m. on Saturday, June 4, 2022, at Stauffer Funeral Home, 1621 Opossumtown Pike in Frederick, MD. Chaplain Thérèse Keegan will officiate. The family will receive friends on Saturday immediately following services at the funeral home.

Arrangements have been entrusted to Stauffer Funeral Home and Stauffer Crematory, Inc. Expressions of sympathy may be offered to the family at StaufferFuneralHome.com.

To order memorial trees or send flowers to the family in memory of Paul Feys, please visit our flower store.