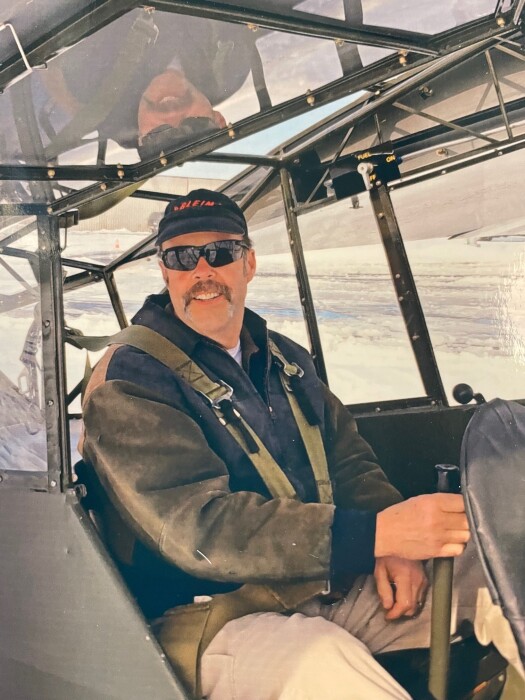 Paul D. Lawson, 63, of Boonsboro, Maryland, passed from this life on Monday, November 8, 2021, as the result of injuries sustained from an accident at his home.

Born on August 24, 1958, in Baltimore, Maryland, he was the son of the late Walter Allen and Anne Sarah Lawson.

Paul attended the Peabody Institute after graduating from Woodlawn High School in Baltimore, Maryland. He worked alongside his father and brothers at Lawson Brass Instruments, a local French Horn manufacturer. Paul was a flight instructor at the Aero-Smith Flight Center. He enjoyed flying, gun shows and hunting. He was a highly skilled machinist and gunsmith. He built several custom firearms.

He was a member of the Leetown Chapter of Izaak Walton League, National Flying Club Chapter 1071, and the Experimental Aircraft Association (EAA) 1071.

Paul is survived by his wife of 41 years, Rebecca B. Lawson and their dog, Scout; brother, Duane Lawson; sisters-in-law, Susan Lawson and Debbie Lawson.

He was preceded in death by his brother, Bruce.

A celebration of Paul's life journey will take place at 11 a.m. on Wednesday, December 1, 2021 at Bast-Stauffer Funeral Home, 7606 Old National Pike in Boonsboro. The family will receive friends after the service at the American Legion Post, 710 North Main Street, Boonsboro, Maryland 21713.

In lieu of flowers, memorial donations may be made to the Paul Lawson Memorial Aviation Scholarship at the Community Foundation of Washington County, MD, 37 S. Potomac Street, Hagerstown MD 21740 or online at www. cfwcmd.org .

To order memorial trees or send flowers to the family in memory of Paul Lawson, please visit our flower store.