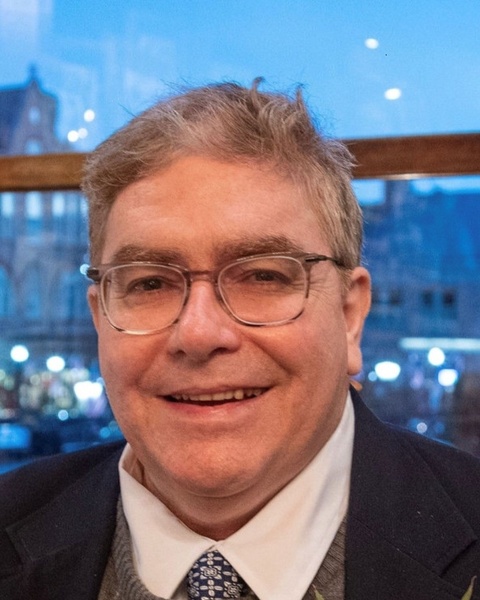 Paul John Smaldone, Jr., passed away surrounded by his loving family on September 17, 2022, in Gettysburg, PA.  He was born on July 31, 1953, in Brooklyn, NY, and was raised in Wantagh, Long Island, NY. Paul was the first of six children of Paul and Jane (Elder) Smaldone. He attended Fordham University where he earned a degree in Philosophy and continued his education at Queens College, NY, where he earned a Masters in Library Science. He married Paula Quinn in 1987 and they began their lives together in the NYC area.  Paul worked for over two decades in Manhattan as an information specialist for various ad agencies, and investment and insurance businesses. Throughout his life, Paul enjoyed performing in local theater productions, singing with his family, reading, eating Italian food, and spending as much time as he could body surfing at Point Lookout.  In 2005, Paul and his family left New York and planted themselves in Emmitsburg, MD, where they flourished, finding new friends and experiences, especially an awesome community theater group for Paul!
Paul is survived by his devoted wife, Paula, and his loving daughters, Maria (and Chris Broholm), Rosalyn (and Tim) Thackston, Veronica and Raphaela. He leaves behind his siblings Mary Alice (and David) Silverman, Edward (and Karen), Stephen (and Joan), Jane Ann (and John) Ingrilli, Christine (and Joe) DelGais as well as 24 nieces and nephews and 11 grand nieces and nephews.  He is predeceased by his parents, Paul and Jane, and his grandson, August Thackston.
Visitation will be on Sunday, September 25 from 5-8 pm at Stauffer’s Funeral Home, 104 E Main St, Thurmont, MD 21788. Prayers will be at 7:15 pm followed by a Rosary.
A Mass of Christian Burial will be held on Monday, September 26 at 10:00 am at The Chapel of the Immaculate Conception on the campus of Mount St. Mary’s University, Emmitsburg, MD. The main celebrant will be Rev. Msgr. Andrew R. Baker, Rector of Mount St. Mary's Seminary.
Inurnment will be at the Mount St. Mary's Grotto Cemetery immediately following.
Those interested in making a memorial donation may consider DBSA (the Depression Bipolar Support Alliance) or the American Diabetes Association.

To order memorial trees or send flowers to the family in memory of Paul John Smaldone, Jr., please visit our flower store.