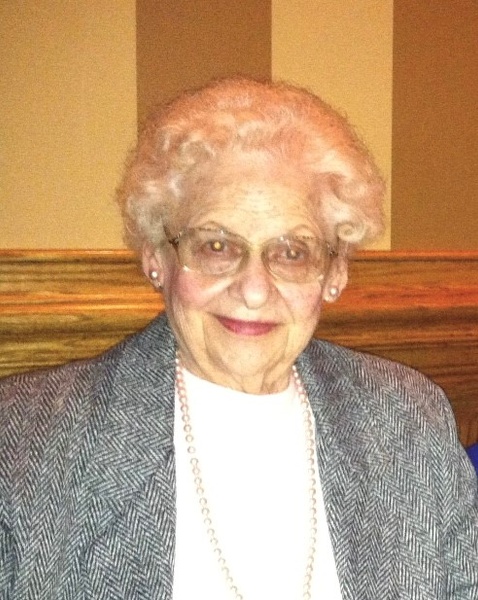 Pauline Elizabeth Compher Stup 98, of Frederick, passed away on Thursday, March 10, 2022 at Country Meadows in Frederick. She was the wife of the late Charles Clayton Stup. At the time of Charles's death, they had been married for over 68 years.

Pauline was born on October 26, 1923 at Bethel in Frederick County, Maryland. She was the youngest daughter of the late Wesley M. Compher and Clara Fawley Compher.
Pauline graduated from Frederick High School with the Class of 1940. She attended the Frederick Visitation Academy earning a degree in business.

She began her working career as a secretary for the National Farm Loan Association. She later accepted a position with Frederick Underwriters in the insurance field, where she remained for twenty years. In 1963, she was appointed Deputy Clerk in the Office of the Clerk of the Circuit Court of Frederick County retiring after twenty years of service.

Pauline enjoyed playing her Wurlitzer organ and loved her three cats which were her constant companions for many years. Upon her retirement, she and Charles enjoyed traveling and taking bus trips to Atlantic City and visiting her sister, Isabel Annan.

The family will receive friends from 5 to 7 p.m. on Monday, March 14, 2022 at Stauffer Funeral Home, 1621 Opossumtown Pike in Frederick, MD. The family will also receive friends one hour prior to services beginning at 1 p.m. on Tuesday, March 15th at the funeral home in Frederick.  Interment will follow at Faith United Church of Christ Cemetery, 9333 Opossumtown Pike, Frederick, MD.

In lieu of flowers, donations may be made in Pauline's memory to Faith United Church of Christ or to Frederick Health Hospice.

To order memorial trees or send flowers to the family in memory of Pauline Compher Stup, please visit our flower store.