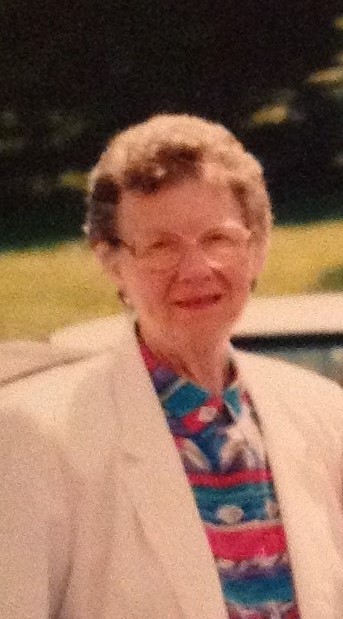 Pauline Louise Faulders, 98, of Hagerstown, Maryland, passed from this life on Wednesday, March 23, 2022 at Meritus Medical Center in Hagerstown.

Born on June 5, 1923, in Boonsboro, Maryland, she was the daughter of the late Charles William and Gladys Irene (Smith) Cunningham. She was preceded in death by her loving husband of 32 years, David L. Faulders.

She attended Boonsboro High School and retired from the Hanover Shoe Company in Middletown, MD, after 20 years of employment. Pauline was a lifelong member of Mt. Nebo United Methodist Church in Boonsboro.

A celebration of Pauline's life journey will take place at 2 p.m. on Sunday, March 27, 2022, at the funeral home in Boonsboro with Rev. Robert Ruggieri officiating.  Burial will be at Boonsboro Cemetery.

The family wishes to thank the third floor nursing staff at Julia Manor for their care and kindness shown to our mother.

In lieu of flowers, memorial donations may be made to Mt. Nebo United Methodist Church, 134 South Main Street, Boonsboro, MD 21713.

To order memorial trees or send flowers to the family in memory of Pauline Faulders, please visit our flower store.