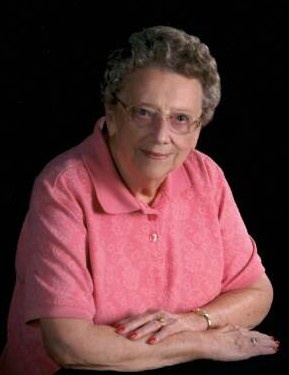 Pauline Lucinda Summers, 92, of Frederick, passed away at Spring Arbor of Frederick on December 03, 2021.
She was the wife of Edward S. Summers, who predeceased her in 2004.
Born in Myersville, MD on December 12, 1928, she was the daughter of Edgar G. Dennis and Alice E. Ausherman Dennis.
Pauline was a graduate of Frederick High School and an employee of C&P Telephone Company, now Verizon for over 30 plus years.  She was a member of the Evangelical Lutheran Church, Telephone Pioneers, Citizens Care & Rehabilitation Center Auxiliary, and the Salvation Army.  She was a member of Past Operators of Frederick (POOF), and Rainbow Belles.
Pauline enjoyed contributing to her community by delivering Meals on Wheels, Salvation Army Angel Tree, Food Drives, and numerous Officer positions held in Pioneers.
A brother, David E Dennis and sister in law, Norma Lee Dennis, of Mount Airy, MD, preceded her in death.
She is survived by one son, Wesley S Summers, Braddock Heights, MD, two sisters, Patricia A Will (Donald) of Westminster, MD and Elizabeth A Dorsey (Robert) of New Bern, NC. She is survived by two grandchildren, Tauri Summers Munger (Dan) and Merick Summers (Megan), all of Middletown, MD.   She is survived by five great grandchildren and numerous nieces and nephews.
The family will receive friends from 1-2 PM on Thursday, December 9, at Stauffer Funeral Home, 1621 Opossumtown Pike, Frederick where services will begin at 2:00 PM with Pastor Paul Baglyos officiating. Interment will follow in Resthavem Memorial Gardens, Frederick.
Memorial Contributions may be made to the American Cancer Society, 405 Williams Court, Suite 120
Baltimore, MD 21220.
Expressions of sympathy may be shared at staufferfuneralhome.com
To order memorial trees or send flowers to the family in memory of Pauline Summers, please visit our flower store.