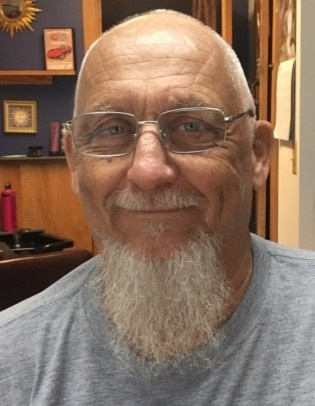 Paul Ray was born December 16, 1956 in Frederick. He worked many years as a milk truck driver for Clouse Trucking and as a truck driver at Irwin Stone. He was a veteran of the Army National Guard.

He was a true outdoorsman who enjoyed hunting and fishing. P.R. also enjoyed shooting pool, bowling, riding his motorcycle, volunteering with 4-H and the Great Frederick Fair poultry department; and camping.

Special events he enjoyed were shooting against and meeting the Black Widow, participating in the East Coast Sturgis Motorcycle Demolition Derby, and field games at bike rodeos.

Family and friends were very important to Paul's life, especially his daughters and grandsons who were his pride and joy.

The family will receive friends from 4 to 7 p.m. on Tuesday, November 16, 2021 at Stauffer Funeral Home, 1621 Opossumtown Pike, Frederick.

Funeral services will begin at 11 a.m. on Wednesday, November 17 from the funeral home chapel with Rev. Tim May officiating.

In lieu of flowers, memorial donations may be made to the Down Rider Funds Inc., 1594 Bowis Drive, Point of Rocks, MD 21777.

To order memorial trees or send flowers to the family in memory of Paul Ray "P.R." Wisner, Jr., please visit our flower store.