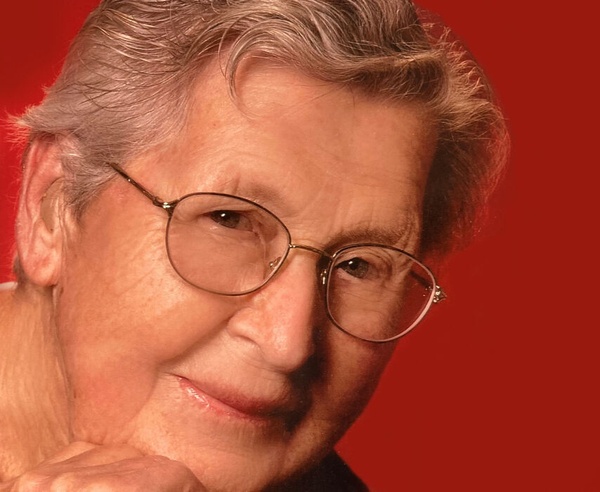 Pearl Elizabeth (Martz) Haupt, 99, of Hagerstown, Maryland, passed from this life on Wednesday, September 15, 2021 at her home.

Born on September 8, 1922, in Beaver Creek, Maryland, she was the daughter of the late Harry E. and Nellie May (Bowman) Martz. Her husband, Leo G. Haupt, Sr. preceded her in death.

Pearl attended schools in both the Mount Aetna and Beaver Creek area. Pearl was a caring daughter to her parents, a loving sister and devoted wife and was a steadfast mother. She worked as hard or harder than any one person on the farm growing up and as an adult.  Pearl spent most of her life working on the farms of her parents working with the farm animals, as well as growing vegetables to be sold at the local farmers market. She took an important role in the raising of not only her own children, but her cousins, nieces and nephews and their children, as well as, her own grandchildren and great-grandchildren.  She was the most caring person for her parents and her husband during their final days on this earth. Pearl taught not only her children, but her grandchildren to respect the earth and how to nurture it to produce those things needed to sustain her family when things were not bountiful.  She also spent time sewing and crocheting either things for her family or for her church family.

She was a lifelong member of the Mt Lena United Methodist Church, which she attended regularly until Covid limited worship in the church, after which she learned what it meant to be a virtual Christian.

She is survived by her son and daughter, Kathy M. Haupt (George) and Leo G. Haupt, Jr. (Carole) all of Hagerstown; grandchildren, Jessica (Rich), Patrick (April), Tiffney (Ron), Elizabeth (Jon), and Sierria (Kris); eleven great-grandchildren and nieces, nephews and cousins which she welcomed into her home and cared for them just as if they were her own.
Pearl was preceded in death by sister, Helen V. Martz;  by brother, Charles R. Martz; and great-grandson, Solomon Haupt.

The family will receive friends from 6 to 8 p.m. on Monday, September 20, 2021 at Bast-Stauffer Funeral Home, 7606 Old National Pike in Boonsboro.

A celebration of Pearl's life journey will take place at 11 a.m. on Tuesday, September 21, 2021, at the funeral home. Chaplain Volodymyr Grinchenko and Reverend Ron Kurtz will officiate.

Final resting place ceremonies will be held at the Boonsboro Cemetery.

Memorial donations may be made to your local 4H in honor of Pearl.

The family wishes to recognize Pastor Ron Kurtz, Hospice Chaplain Grinchenko, and Melissa Lewis, as well as many other members of Hospice of Washington County.

To order memorial trees or send flowers to the family in memory of Pearl Haupt, please visit our flower store.