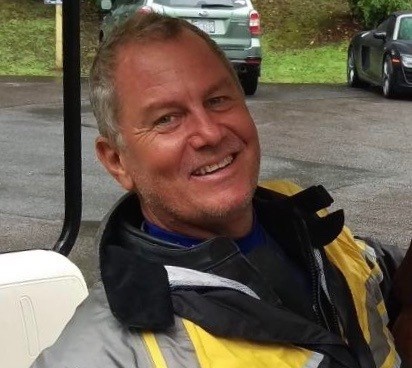 Peter Ronald Eshleman, 64, passed away on Monday, December 13, 2021, at Frederick Health Hospital. He left this world with his family by his side, and now experiences the peace he deserves after a difficult battle with cancer.

Born in San Pedro, California, Pete was the son of Bonnie Marilyn (Busch) and Walter Barclay Eshleman, and brother of Scott Eshleman and Mary Ann Navarre. A jack of all trades, Peter built homes, brokered planes, and raced motorcycles, always building a name for himself in whichever industry he took on. He put down roots for 25 years in the house he built himself and his family in Ijamsville, Maryland, where he raised three children - Nicole, Peter Jr., and Alyssa - with his loving wife of forty years, Linda. Pete and Linda traveled and adventured much, making memories and friends up and down the coast in sailing clubs, within the hiking community, and throughout the islands of the Bahamas.

A man who could race with the best of them, who could hike the Appalachian Trail in its entirety, who could fix anything you put in front of him… Peter will forever be remembered for his adventures, and leaves behind a legacy of strength, humor, and loyalty. His spirit will live on through the stories he was known for, told by friends and family, for generations to come.

A celebration to honor Pete’s remarkable life will be planned at a later date, and details of that gathering will be announced as they are decided. In the meantime, the family appreciates love and support in the form of messages, memories, and photos. In lieu of any flowers, the family would suggest support of a foundation Pete loved: The Big Dog Ranch Rescue.

To order memorial trees or send flowers to the family in memory of Peter Eshleman, please visit our flower store.