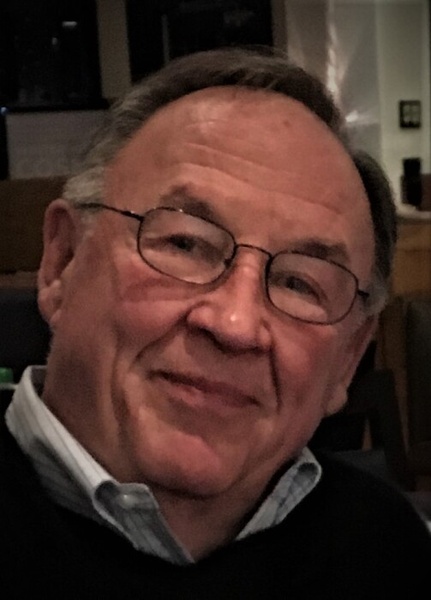 Peter (Pete) Stanislaus Lukasiak (78) of Monrovia, MD, passed away at home on December 18, 2021 due to complications from dementia.

Pete grew up as the oldest of eight in a lively household in Oil City, PA.  He was educated in the Catholic school system of Oil City, PA where he enjoyed football, girls and sports cars.  Pete joined the Air Force out of high school and spent 3 ½ years serving in Germany during the early Vietnam era.  Following his time in the service he began his college career at The University of Pittsburgh, Pittsburgh, PA through the GI bill, gathering a young wife and child along the way.  Pete loved to tell everyone the stories of taking his young daughter to enjoy cookies from the bakeries of Pittsburgh while taking her along to classes as Vivian worked nightshifts as a nurse.

Once out of college, Pete began a career for IBM where he worked for many years as a technical editor, then a writer, and was reassigned a few times in various areas of the country ultimately ending up in Frederick County, MD.   His children Sandy & Chris developed a love/hate relationship with those red felt pen editor marks on their school papers he edited.

He grew to love Frederick County and was active in his children’s sports activities.  One more move requirement from IBM had Pete rethinking his career path since he was not willing to leave Frederick County, and he began work at this point for trade associations in the greater DC area.

Pete was a DC Road warrior for many years - 270 and the Beltway were his daily regimens before the days of remote work or cell phones were even beginning to be a possibility!   His first stop was The Aluminum Association in Washington DC where he quickly learned that industry and made many friends.  He then moved over to the National Auto Dealers Association in McLean, VA where he helped manage some of their publications.

Following NADA Pete was asked to lead the National Auto Auction Association as its executive director moving the association to what was then the quiet hamlet of Urbana, Maryland in a historic building.  Pete led the association for over 14 years and helped to grow their size and influence.  More importantly he made great friends throughout the industry and traveled all over for conferences and speaking engagements.  He used to joke that he had to check the telephone book in the nightstand of his hotel room when he woke up in the morning to remember where he was.

Pete then transitioned to lead the Pennsylvania Independent Auto Dealers Association in Harrisburg, PA for several years until his retirement.  He moved his road warrior act north to Harrisburg each day rather than DC - perhaps an easier commute for traffic, but certainly not shorter.  In his retirement, after many years of road and airplane travel, Pete enjoyed a quiet retirement tending his yard and enjoying his grandchildren and great-grandchildren.

A celebration of Pete’s life will be held at 4 p.m. on Saturday, January 29th, close to what would have been his 79th birthday, at Stauffer Funeral Home, 1621 Opossumtown Pike, Frederick.  The family will receive friends from 2 to 4 p.m. on Saturday at the funeral home.

In lieu of flowers, the family asks for donations, in Pete’s name, to New Market/Green Valley Fire & Rescue Company, Monrovia, MD at www.nmvfc15.org. Expressions of sympathy may be  offered at StaufferFuneralHome.com.

To order memorial trees or send flowers to the family in memory of Peter Lukasiak, please visit our flower store.