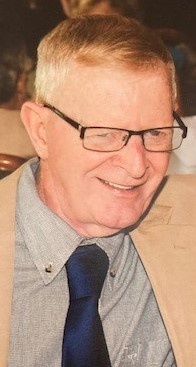 Philip Gerard Little of Thurmont departed this world peacefully, surrounded by his family at home.

Phil is survived by his wife Ann Althoff Little who was the love of his life for 60 years, their loving partnership is an inspiration to all. In addition to his wife he is survived by son Michael Little and wife Carolyn; and daughter Kristine Little Boller and husband Donald; as well as grandchildren Megan Little, Eric Little and fiancée Hannah Hope; Nicholas Boller and Stephen Boller.  He is also survived by great-grandchildren Stella Courtney and Norah Voegtli (both Megan). He was preceded in death by youngest son Joseph Little in 1994.

Phil was born on October 11, 1939 one of 13 children born to his parents Joseph Levert and Mary Marjorie Lingg Little.  Phil is survived by brother Thomas “Tommy” Little and wife Dorothy of Emmitsburg, MD, sisters Patricia “Pat” Little Carson of Thurmont, MD and Betty Little Boose and husband Daniel “Dan” of Lewisburg, PA. He enjoyed visiting with his brother and sisters, sharing memories or in peaceful quiet.

Phil also leaves behind his good friends and brothers-in-law Edward “Eddie” Althoff and wife Virginia and Samuel “Sam” Cool.  He was preceded in death by sisters-in-law Catherine “Kitty” Althoff Cool and Marie Althoff McNair as well as her husband Dallas.  He will be remembered with love by his many nieces, nephews, and beloved great-nieces and great-nephews.

He will be remembered by many special friends.

Phil never let the loss of his sight while still in his early 20’s, stop him from living life to the fullest.  He believed he could do just about anything that needed to be done and he was usually right.  If the roof needed fixed, he could do it.  If the very, very tall white pine needed a Christmas star lit on top, then Phil could get it up there for Ann, his favorite partner in crime.  He helped at the farm, watched his grandsons, and made Ann’s coffee in the morning.  He washed his cars on the weekend which expanded to grandchildren’s vehicles as they started driving.  Ann never drove a dirty car.

His love for his family was always known and felt by them. He will be remembered for his words of wisdom from “Ann, get your feet up” to “I will climb the tree because heights don’t bother me, I can’t see down”.   His hand “on the wheel” of his family helped everyone stay on course.  His strength both mental and physical was always available to his family and friends.

His face lit up when he heard his children and grandchildren’s voices.  He was always ready to give his time, his knowledge, and his love to his family and friends.  He shared his love of country music with his family from George Jones to Johnny Cash.  Everyone who met Phil felt the warmth of his friendship and caring.

Phil leaves behind a legacy of love, caring, strength, adventure and determination.  His “can do” attitude was awesome in its strength and simplicity – he believed he could so he could, and if he could – he did.

To order memorial trees or send flowers to the family in memory of Philip Little, please visit our flower store.