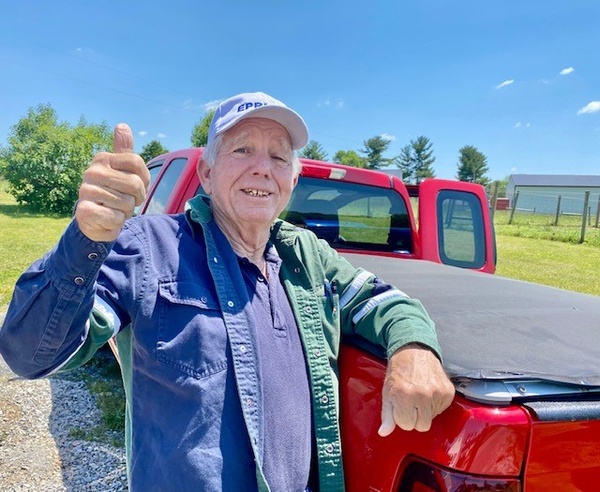 Raymond Murphy, Sr., 79, of Keedysville, Maryland, passed from this life on Wednesday, September 1, 2021 at Meritus Health Care Center in Hagerstown.

Born on "the 4th month, 23rd day, of yesteryear (1942)", in Onslow County, NC, Raymond was the son of the late Garland Murphy and Elizabeth (Jarmen) Ottaway.  He was preceded in death by his step-parents, Carlton Ottaway and Madeline Murphy; and by his siblings Garland (Mack) Murphy, Esther Moore, Suzanne Morse, and Gerald Ottaway.

Raymond did not receive much formal education but spent his life learning to survive.  He lived part of his childhood in an orphanage, enlisted briefly in the Army, and made homes throughout many areas of North Carolina, Richmond, Virginia and Maryland.  Raymond worked primarily as a carpenter, but also found work as a cab driver, general contractor, horse trader, and 'seller-of-ice-to-Eskimos'.  He even sold a school bus at a yard sale!  In his more recent years, Ray had become known for his abundant garden, pig farming, and trademark personality.  He was known around town and developed friendships everywhere he went - from his grocery store and breakfast spots to medical appointments, churches, and auctions.

His cremains will be spread privately.  A celebration of life is being planned for Sat., Oct 30th at the family's farm.

Memorial donations may be made to the Victory Baptist Church in Boonsboro, MD at https://www.victorybaptistmd.com/give-online-to-vbc/ .

To order memorial trees or send flowers to the family in memory of Raymond Murphy, Sr., please visit our flower store.