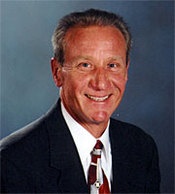 Raymond Peterson, 67, of Taneytown, passed away on Thursday, November 18, 2021 at his home.  He was the husband of Martha Peterson for 37 years.  Born on August 31, 1954, in Baltimore, he was the son of Florian Peterson and Theresa (Smutek) Peterson.

Ray was a graduate of Mount Saint Joseph's High School.  He graduated from CCBC's school of Mortuary Science in Catonsville and was a funeral director for many years and served in the Maryland State Guard.  He started his career at Lilly and Zeiler Funeral Home and worked at various other funeral homes before finding his home at Stauffer Funeral Home.  Ray was a valued and highly respected funeral director at Stauffer's for nearly 30 years before his retirement in 2019.

Mr. Peterson was a parishioner of St. Joseph's Catholic Church in Taneytown and was a Grand Knight in the Knights of Columbus.  He loved "the mountains" and camping with his family as well as trips to Atlantic City. Ray never met a stranger and would find conversation wherever he went.

In addition to his wife, he is survived by his children, Justin Peterson and wife Christina, Mary Peterson Zimmerman and husband Andrew and Helen Iaccarino and husband Derek; his 4 grandchildren: Isabella Fink, Jaxson Iaccarino, Madison Iaccarino and Lucas Peterson; his siblings: Edward Peterson and wife Kathy, Helen Sims and husband Raymond; his nieces and nephews: Edward Peterson, Jennifer Peterson, Amanda Mannick and husband Ryan, Christopher Sims and Ashley Sims as well as numerous cousins and extended family members.  In addition to his parents, he was preceded in death by his son, Christopher Peterson and by an infant brother, Florian Peterson.

The family will receive friends from 3:00 pm to 6:00 pm on Sunday, November 21, 2021 at Stauffer Funeral Home, 1621 Opossumtown Pike, Frederick.  A Mass of Christian Burial will be celebrated on Monday, November 22, 2021, at St. Joseph's Catholic Church, 44 Frederick Street, Taneytown.  Private interment will be at Letort Cemetery in Carlisle, PA.

Memorial donations may be made to St. Joseph's Catholic Church at the above address.

To order memorial trees or send flowers to the family in memory of Raymond Peterson, please visit our flower store.