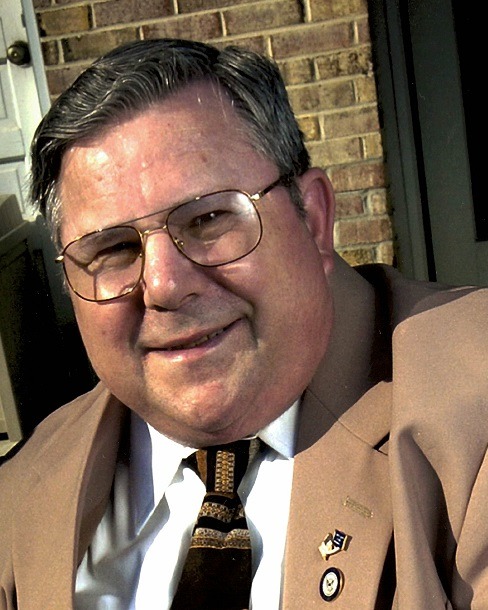 Our beloved, Richard “Dick” Mettetal, passed away on December 16, 2022 at his home in
Thurmont, MD. He was 79 years old.
Dick was born in Millville, NJ on May 27, 1943 to Jean Mettetal (Crispin) and Clarence Mettetal.
Dick eventually moved around the Philadelphia, PA area where he spent most of his childhood.
Dick graduated from Chester (PA) High School in 1961. Upon graduation, Dick joined the U.S.
Navy. Dick married Sandra (Sandy) Lee Cunningham on September 11th, 1965 and stayed
happily married for 52 years until her passing in 2018.
Dick held an honorable 25 year career with the U.S. Navy until his retirement in 1986. His
deployments included Sigonella, Italy, USS Intrepid, USS Observer, and after advanced training
at the Advanced Hospital Corps School and being named “Honorman” in his class, he was
selected for his ultimate deployment at Camp David where he served from 1970 until 1986 as
Master Chief Hospital Corpsman (HMCM) Mettetal.
During his 25 years of active duty, Master Chief Mettetal was awarded the Presidential Service
Badge, Navy Commendation Medal, Good Conduct Medals, National Defence Medal, Navy Unit
Commendation, Meritorious Unit Commendations, numerous letters of Commendation from the
White House, and numerous letters from Camp David CO’s for his “sustained superior
performance and professionalism.”
Upon his retirement from the Navy, Dick worked for the Maryland Institute for Emergency
Services Systems (MIEMSS) as the Region 2 EMS Administrator. He loved working with all of
the different fire departments, ambulance companies, and hospitals throughout Frederick and
Washington County. Dick absolutely loved holidays and was well known by those around him for
his many unique seasonal ties. Dick retired from the State of Maryland in 2001 after contracting
a rare lung disease that hindered his ability to continue the job that he loved so much.
Dick was always cheerful, kind, and giving. He and his wife became guardians to Patty Meekins
at a young age and later became Godparents to her three children, Billy, Aaron, and Kelsey.
Dick and Sandy enjoyed spending time with their Godchildren, taking them camping and
boating, building things around the house, going to Star Trek conventions, card conventions,
WWF events, and giving them amazing birthdays and holidays. Dick loved his Shetland Shelties
Stoney, Dusty, and Rocky. For many years, Dick loved decorating his house and front yard with
Christmas decorations. Dick loved to get his haircut from Jeremy Hahn from Intowne
Barbershop in downtown Thurmont, whose father Paul cut his hair before him. He was a big fan
of NCIS and the Baltimore Ravens.
Dick is survived by his three Godchildren, Billy Meekins and wife Lindsey, Aaron Meekins and
wife Tracy, and Kelsey Meekins. Dick loved the children of his Godchildren: Elena, Wyatt,
Wesley, Xavier, and Whitley as if they were his own grandchildren. He loved the kids in the
neighborhood and giving out candy on Halloween. He is preceded in death by his parents Jean
and Clarence, his brothers Raymond and Ronald, his sister Carole, his wife, Sandy and
surrogate daughter Patty Meekins.
The family will receive friends on Tuesday, December 27th, from 6 to 8 p.m. and Wednesday,
December 28, 2022 from 10 to 12 p.m. at Stauffer Funeral Home, 104 East Main Street in
Thurmont. Dick will be laid to eternal rest in Brown’s Cemetery, Foxville, MD proceeding the
Wednesday viewing. All are welcome to attend.

To order memorial trees or send flowers to the family in memory of Richard "Dick" Mettetal, please visit our flower store.