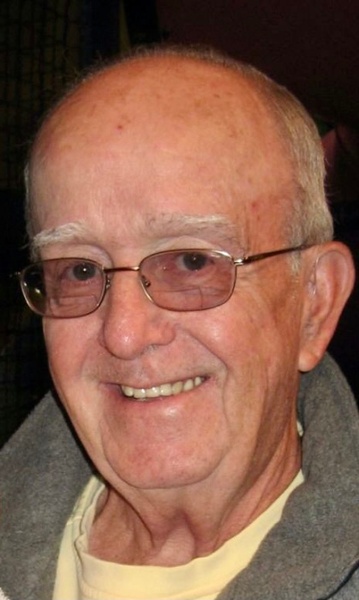 Richard William Pryce, 80, formerly of Walkersville, MD passed away on Monday, November 1, 2021 at Cross Keys Village Assisted Living, New Oxford, PA where he had resided for the last 3 years. Born in Elizabeth, New Jersey on June 15, 1941, he was the son of the late Richard & Eleanor (Quigley) Pryce.

Rich graduated from St. Charles Borromeo High School in 1959.  He was enlisted the US Navy from 1962-1966 and graduated from Seton Hall University in 1968 with a degree in History. Rich was employed by the National Security Agency for over 30 years. He retired to Fayetteville, PA where he enjoyed many years on the golf course, volunteering in the local community and spending time with family, including his 4 grandchildren.
In addition to his parents, he was predeceased by his son, Andrew Pryce in 2017, and his brothers, Robert Pryce and Brian Pryce.
He is survived by his daughter, Kristen Pryce Croghan and husband John, Gettysburg, PA, his 4 grandchildren Sean & Kate Croghan, Gettysburg, PA, and Paton & Rylee Pryce, Harrisburg, PA, brother, Kevin Pryce, Longs, SC, and former wife & friend, Bonnie Morgan, Thurmont, MD and many extended family members.
Burial will be held at Arlington National Cemetery at a later date and a memorial service will be scheduled at that time. In lieu of flowers, donations may be made to the Salvation Army.

To order memorial trees or send flowers to the family in memory of Richard Pryce, please visit our flower store.