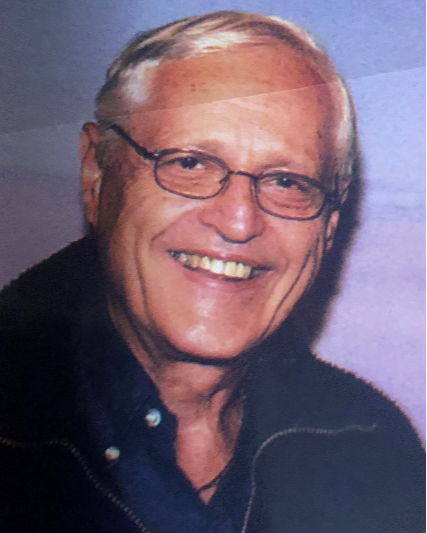 Richard Charney Reba, MD, FACP, (“Dick” to many of his friends), a pioneer in the field of nuclear medicine, passed away peacefully at home in Frederick, Maryland surrounded by his loving family on December 30, 2022, at the age 90. He is remembered by many colleagues and friends as a gracious, kind, compassionate, caring physician and a visionary.

Dr. Reba was born on July 1, 1932, in Milwaukee, Wisconsin.  He was a graduate of Baltimore City college high school, Loyola College of Baltimore and the University of Maryland College of Physicians and Surgeons in 1957. From 1956 to 1967, he served in the U.S. Army Medical Corps.
In 1961 he became a Research Fellow in Departments of Medicine and Radiology in the Division of Nuclear Medicine at The Johns Hopkins Hospital, and then Senior Investigator in the Division of Nuclear Medicine and Chief of the Department of Isotope Metabolism at Walter Reed Army Institute of Research. He served from 1965-1966 as Chief of Medical Services at 85th Evac Hospital in Qui Nhon during the Vietnam War.

Dr. Reba joined the faculty of The Johns Hopkins Hospital and began his career in the diagnostic and therapeutic use of radiation in nuclear medicine under his mentor and colleague Dr. Henry Wagner Jr., the “Father of Nuclear Medicine”.
Dr. Reba researched drug development, specifically the research and application of single photon emission computed tomography (SPECT) and PET radiopharmaceuticals for the diagnosis and treatment of human disease. In 1983, Dr. Reba and his research team at George Washington University, carried out the first successful SPECT imaging of a neuroreceptor in humans, which lead to numerous valuable advancements in treatment.
His career brought him to numerous institutions: Washington Hospital Center, The Johns Hopkins University, George Washington University, The University of Chicago, and Georgetown University. Dr. Reba expertly advised organizations such as the National Institute of Health, the International Atomic Energy Agency (IAEA), and numerous government advisory committees charted by the U.S. Congress. This expertise resulted in his election as president of the Society of Nuclear Medicine in 1993. Dr. Reba is author or coauthor of 330 scientific papers, book chapters, reviews and one textbook.
During his leadership as president of the Society of Nuclear Medicine, he worked to identify practice guidelines, develop criteria for the scientific assessment of nuclear medicine, educate nuclear medicine professionals, and advise on nuclear medicine issues relative to health care reform.

Dr. Reba is survived by his wife of 40 years, Diane; his brother Lawrence (JoAnn); sister-in-law, Cheryl Stern (Ron); children; Lori Tyrie (Drew); and Lee Brian Reba; stepchildren, Julie Lawrence and Jennifer Williams; grandchildren, Megan (Robert), Peyton (Katie), Anastasia (Julian), Chloe and Alyza; great grandchild, Aiden; and many nieces, nephews and cousins. He was preceded in death by his parents Louis and Charlotte (Charney) Reba.
In lieu of flowers, the family asked that memorial donations be made to Project Hope (www.projecthope.org <http://www.projecthope.org>) in the name of Dr. Richard C. Reba.
A Celebration of Life will be held in July.

To order memorial trees or send flowers to the family in memory of Richard Charney Reba, M.D., please visit our flower store.