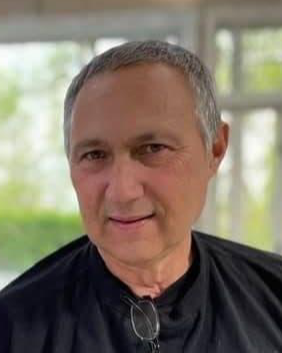 Robert William Bell, Jr., 67, of Frederick, Maryland, died unexpectedly on Sunday, January 15, 2023. He was the loving husband of Brenda L. Bell. They were married for nearly 42 years.

Born on June 13, 1955, in Frederick, he was the son of the late Robert William Bell and Rosa Mae (Guariglia) Bell.

He worked for Frederick County Water and Sewer Department for over 30 years before retiring.

Robert loved all animals, especially his late horse, Cody, and his late dog, Buster, who was his best friend. He enjoyed being outside and watching the wildlife and tending to his flowers. Additionally, he enjoyed working in the Household Building at the Great Frederick Fair with his family and friends.

A celebration of Robert's life will begin at 11:00 am on Friday, January 20, 2023, from the funeral home chapel with Rev. Tim May officiating.

If desired, memorial donations may be made to the Humane Society of Frederick.

To order memorial trees or send flowers to the family in memory of Robert William Bell, Jr., please visit our flower store.