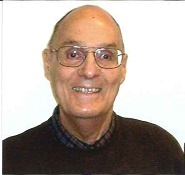 Robert Edward "Bob" Brant, 86, of Frederick, passed from this life on Monday, July 18, 2022, at his residence. He was the husband of the late Beverly Anne Wilson Brant who died in July 2017.
Born on May 20, 1936, in Cumberland, MD, he was the son of the late Clarence Edward and Katherine Mary Jane House Brant. He was a 1954 graduate of Fort Hill High School in Cumberland where he was a member of the National Honor Society; active in sports, he played football, basketball and track. In his senior year he won the Knights of Columbus Sportsman Award for the outstanding basketball player in Cumberland. Bob attended Potomac State College in Keyser, WV and graduated form the University of Pittsburgh with a degree in Pharmacy where he was a member of the Kappa Psi Pharmaceutical Fraternity. He served six years in the U.S. Army and Maryland National Guard, receiving an Honorable Discharge in 1964.
Bob worked as a Pharmacist and store manager for Peoples Drug Stores and later CVS Pharmacy for more than 40 years. He was a member of  The Masons, a 50 year member of Columbia Lodge #58 AF&AM, 14 Degree Scottish Rites, Frederick Lions Club since 1969, and was a past President, the American Legion, a Life Member of the Frederick Elks Lodge, Frederick Catoctin Club, Frederick YMCA and a past president of the Frederick Toastmasters Club. He and his wife were members of the Evangelical Lutheran Church in Frederick.
He is survived by his son, Robert Edward Brant, Jr. and wife Linda; two grandchildren: Robert Maxwell "Max" Brant and Jacqueline Renee Brant all of Houston, TX.
The family will receive friends from 2-4 PM on Thursday, July 21 at Stauffer Funeral Home, 1621 Opossumtown Pike, Frederick.
A graveside service will take place at 2:00 PM on Friday, July 22, at Resthaven Memorial Gardens in Frederick where he will be laid to rest with his beloved wife, Beverly.
Expressions of sympathy may be offered to the family at StaufferFuneralHomes.com.
To order memorial trees or send flowers to the family in memory of Robert Brant, please visit our flower store.