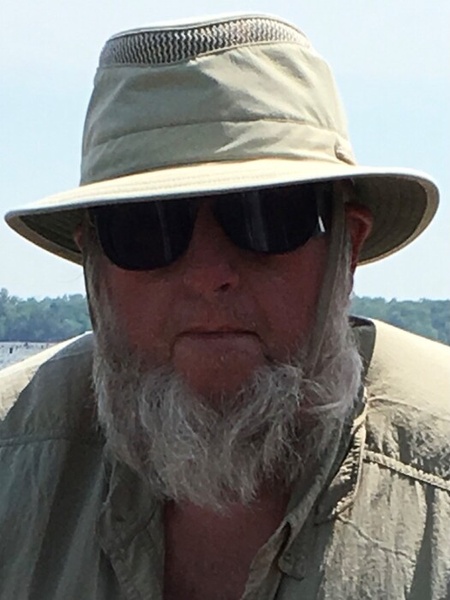 Robert Lee Fogle of Frederick, MD, passed away on Monday, October 4, 2021, after a long battle with cancer.

Bob graduated from Frederick High School in 1966 then served in the United States Navy. He began a career at the former Maryland Gun Exchange, as a Gun Smith, for a number of years.  He then pursued a career in the home building industry, which he continued until his retirement.

Bob's greatest pleasure was the outdoors.  He was an avid hunter and fisherman. He and his brother made annual trips to Canada to fish for largemouth and smallmouth bass.  Bob spent much of his time from Spring through Fall at his cabin on the river at White's Ferry.  He was an active member in the Whites Ferry Sportsman's Club, Mt. Quirauk Rod and Gun Club, Waynesboro Fish and Game Protective Association, and the Maryland Fur Trappers Association.

Bob is survived by his brother, Jerry, and sister-in-law, Theresa.  He is also survived by his niece, Emily Dress, and her husband, Jason; and his grandniece, Eleanor, and grandnephew, Benjamin.  He will be greatly missed by his family and his many friends.

The family will receive friends from 6 to 8 p.m. on Wednesday, October 13, 2021 at Stauffer Funeral Home, 1621 Opossumtown Pike in Frederick.

Graveside services will be held at 11 a.m. on Thursday, October 14, 2021 at Mt. Olivet Cemetery in  Frederick. The family will gather on Thursday at the funeral home at 10:15 a.m. to depart, in procession, to the cemetery.

In lieu of flowers, please make a memorial contribution to the charity of your choice.

To order memorial trees or send flowers to the family in memory of Robert Fogle, please visit our flower store.