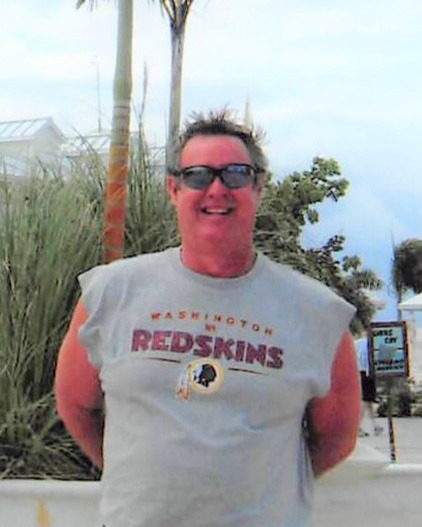 The Family of ROBERT FRANCIS MURRAY mourns his passing, which occurred in his home on Tuesday, January 10, 2023.

Robert (Bob) was born on February 17, 1955 in Washington, DC. He was the second child of three children born to Dorothy Nalley Bishop.

He met and fell in love with Lynne Patricia Bennet in 1975 and married her on July 12, 1980; he was confirmed in the United Methodist church prior to his marriage. To this union, two children were born: Kathleen Nicole and Jennifer Lynne.

Bob was educated in the public school system of Washington D.C. and continued his education becoming a high voltage electrician. He worked for the National Institute of Health until his retirement in 2014. .  He was a lifelong Washington Redskins fan and season ticket holder, and he enjoyed traveling to different stadiums to see football games. Among his other hobbies were fishing and playing poker both with friends and online. He was happiest traveling with his family and especially enjoyed going to the beaches and lighthouses.

Bob made friends wherever he went. He was always available to help his family and friends. If anyone ever needed anything he would be the first to volunteer his time and energy. He was always trying to brighten people’s day with a joke to get a laugh or smile.

“A beautiful life that came to an end,
He died as he lived everyone’s friend
In our hearts a memory will always be kept of the one we loved
And will never forget”

To order memorial trees or send flowers to the family in memory of Robert Francis Murray, please visit our flower store.