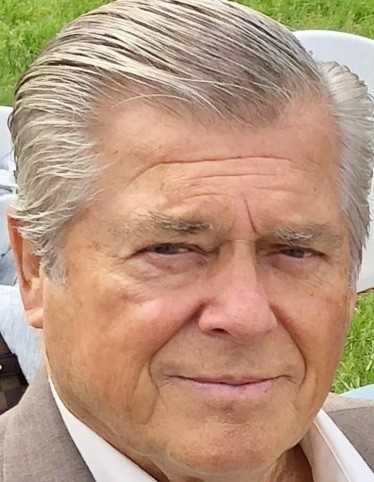 Robert, known as "Bob" was born in Washington, DC and was raised, with his brother, Ron, in several Frederick area foster homes. His life in foster care was the inspiration for the Frederick non-profit organization, Steadfast, standing firm against youth homelessness. Bob was a mentor to many young men having led a church youth group for many years. In 1952 he graduated from Frederick High School, where he was a member of the football team. He later played football for Frederick Athletic Club. After high school, he married his high school sweetheart, Nancy Butler. They were married for 67 years. Together they had five children. Bob worked in the construction field. He started in the commercial construction industry and was supervisor on many large projects in Washington, DC and South Florida. He eventually became a contractor and built many beautiful custom homes. He was an avid outdoorsman who loved to hunt, fish, hike and camp. He was a fitness buff and was a master champion weightlifter.

Bob was a self educated man who read National Geographic from cover to cover for 55 years. He was very interested in politics and enjoyed following political trends. However, the greatest love of his life was his family. He was a devoted husband and father. He often said that the greatest accomplishment and joy of his life was his family. From the time he was a young man he dreamed of having a family of his own to love and cherish.

A Celebration of Life will be held at 1 p.m. on Wednesday, April 13, 2022, at Stauffer Funeral Home, 1621 Opossumtown Pike in Frederick. The family will receive friends one hour prior to services on Wednesday at the funeral home in Frederick.

In lieu of flowers, memorial donations may be made, in Bob's memory, to Frederick Health Hospice .

To order memorial trees or send flowers to the family in memory of Robert Hemby, please visit our flower store.