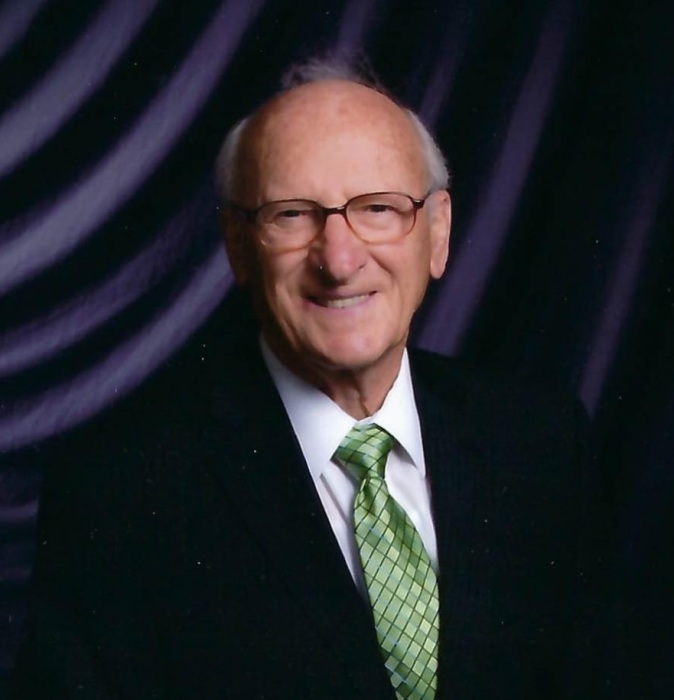 Born on May 21, 1933 in Galesburg, Illinois, he was the son of the late Lee and Verna Pickard.

Bob is survived by his wife of 67 years, Eleanor Pickard; two sons, Rob (Kim) Pickard of Montana and Kurt (Collette) Pickard of Tennessee; six grandchildren; and a brother, Fred Pickard.

Bob was a 1953 graduate of Galesburg High School and was inducted into the US Army in 1953. He was discharged in 1955 and held the rank of Corporal. During his time in the Army, Bob was a paratrooper and was awarded several medals. He worked in management with manufacturing until his retirement. Bob was a devoted Christian with the Covenant Church in Galesburg, Illinois, and then Calvary United Methodist Church in Frederick, MD, where he was a member of the choir.

In Bob's free time, he spent time on his grandfather's farm. Bob was strong in his faith and had a great love for God. Bob enjoyed singing. He also enjoyed attending activities at Leland of Laurel Run Personal Care in Waynesboro, PA where he resided with his wife prior to his death. Bob was a very devoted and loving husband who never left his wife's side.

In addition to his parents, he was preceded in death by his sisters, Dorothy Dralle and Margaret Lock.

A graveside service will be held at 1 p.m. on Thursday, November 4, 2021 at Glade Cemetery in Walkersville with the Rev. Ken Humbert officiating.

To order memorial trees or send flowers to the family in memory of Robert Pickard, please visit our flower store.