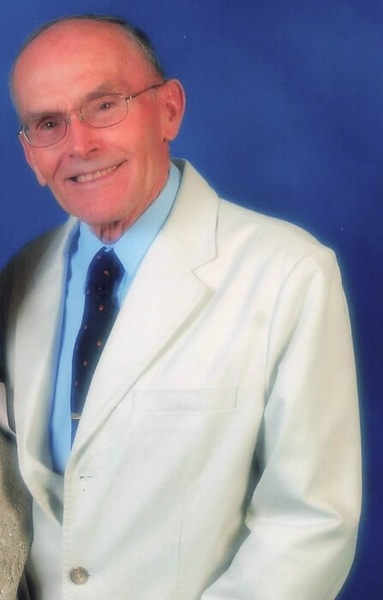 Robert Earl Schwaab of Mt. Airy passed away on Thursday, March 10, 2022 at his home. He was born in Baltimore on May 28, 1928 to Flora, and William Schwaab, one of five boys. He was a 1948 graduate of Southern High School. He married his wife Elizabeth (Betty) Barron, in 1951 and was drafted into the US Army immediately after.Robert spent his time in the service at Fort Bragg and kept in contact with some of the friends he made there for the rest of their lives. He and Betty eventually moved to Catonsville, where they raised four children. He worked as a self-employed carpenter and was also the go-to-person for many projects in his children’s homes. He retired from Regional Management as a maintenance man for a large rental community.

Bob and Betty had a passion for travel and spent much of their retirement RV'ing all around the country. They visited many national parks from coast-to-coast. He recalled those camping trips as some of the best times of his life. Betty died in 2021 after 70 years of marriage. Bob is survived by his three children, daughter Kathy Witty (Patrick), son Barry Schwaab (Cathy), and daughter Joan Marie Bodley. He was preceded in death by his youngest son Richard (Barbara), brothers William, Frank, Leroy and Thomas and his sister-in-law Lorraine Wojciechowski. He is also survived by six grandchildren and numerous nieces and nephews.

The family will receive friends on Saturday, March 26, 2022 from 11:00 am to 12:00 pm at Stauffer Funeral Home in Mt. Airy. A celebration of Robert's life will be held at 12:00 pm at the funeral home following the visitation.

Memorial donations may be made in Robert's memory at: Habitat for Humanity www.habitat.org.
Expressions of sympathy may be offered at www.staufferfuneralhome.com

To order memorial trees or send flowers to the family in memory of Robert Schwaab, please visit our flower store.