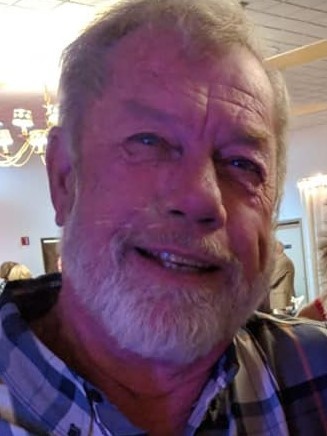 Robert Eugene Zimmerman, 75, of Stone Road, Frederick, died on Saturday, February 12, 2022 at his home, after a hard fought 3-year battle with prostate cancer.  He was the husband of Faye Mathews Zimmerman.  Born on September 24, 1946 in Frederick, MD, he was the son of Mary Mayetta and the late Roger E. Zimmerman.

In his early working years, he worked as a bricklayer, working for many different construction companies.  Later in life, he joined the Federal Government, working as a bricklayer/carpenter at NSA and retired from Ft. Detrick in 2010.  When he retired, he built a woodworking shop at home.  Most of his retirement time was spent in his wood shop producing numerous pieces of furniture and any other wooden special order projects he was asked to produce.  It was his love to design and build with wood.

His other retirement interests included his archery hobby, travel and deep-sea fishing in the Gulf of Mexico.  He was a member of the Tuscarora Archers.  Robert enjoyed his fellow archers' companionship and traveling to archery competitions where he made new friends from many other states.

Robert was happiest when he spent time with his family.  He is survived by his wife and soul mate of 53 years, Faye Mathews Zimmerman; devoted daughter, Heather Tiner and husband Travis; loving son, Shane Zimmerman and wife Ashley, and his grandchildren, Brayden and Aubree Tiner, Gage, Wyatt and Emmett Zimmerman, Riley Zimmerman, Chloe DelSignore and Jayla Bennett were so special to him.  As their Pappy, he taught all of them many life lessons and they all adored him.  Robert will also be missed by Bry Masser-Tiner, Spencer Heller, Kaylei Keifer and a very special daughter-in-law, Dena DelSignore and her partner, Jason Bennett.  He was predeceased by his son, Ryan E. Zimmerman.

Robert is also survived by his mother, Mary Mayetta Zimmerman and three sisters, Barbara Smith and husband Roger Bruce, Mary Zimmerman and husband Phil and Sharon Crawford; a sister-in-law Betty Jean Barrick and brother-in-law John Mathews and wife Gail as well as a number of nieces and nephews.

The family will receive friends on Friday, February 18 from 11:00 am to 1:00 pm at Stauffer Funeral Home, 1621 Opossumtown Pike, Frederick, until memorial services begin at 1:00 pm.  Interment will be private at the convenience of the family.

In lieu of flowers, memorial contributions may be made in Robert's name to Frederick Health Hospice, PO Box 1799, Frederick, MD 21702.

To order memorial trees or send flowers to the family in memory of Robert Zimmerman, please visit our flower store.