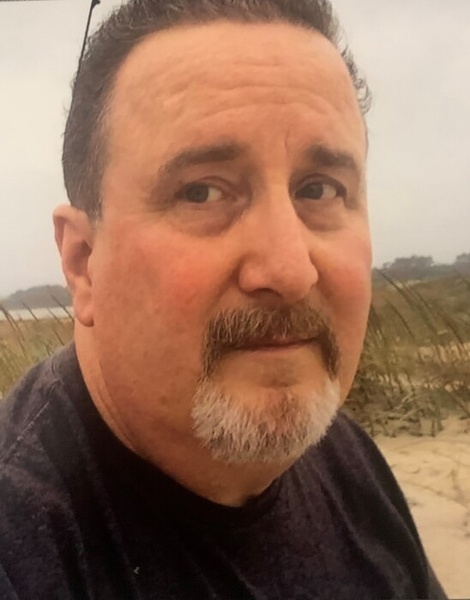 Robert (Bob) Jones, 61, of Frederick, Maryland, passed from this life on Monday, September 20, 2021 at Frederick Health Hospital in Frederick, MD.

He was a loving husband to Dianna Wright Jones.

Born on September 25, 1959, in Washington, DC, he was the son his birth mother, the late Helen Ann Weaver and his adopted parents, the late Irving Tucker Jones and Elloweene  (Williams) Jones.

Bob graduated from Capital Christian Academy in 1977.  He served his country in the US Navy from 1978-1981.  He enjoyed traveling overseas and seeing the world.

Bob's biggest enjoyment was spending time with his family and friends and researching family history.  He especially looked forward to breakfast out on Saturdays and anytime ice cream expeditions.  He was a self taught outdoor chef and became well known for his grilling and smoked meats.  Day trips to the country and the mountains were always an adventure with his granddaughter, Ellie Rose with picnic lunch in tow.  His lifelong love of working on cars was passed to his son and they spent hours under the hood or under the car together.  Reading the bible and memorizing scriptures were deep conversation starters with his daughter

He is preceded in death by his aunts, Robena Rushing, Doris Williams Cochran and Cecilia (Jones) Levy and uncle, Joe Williams.

A celebration of Bob's life  will take place at 11:30 am on Friday, October 1, 2021, at Harvest Christian Fellowship, 8707 Indian Springs Road in Frederick, MD. Pastor Caroline McAllister will officiate.  Interment will be private.

In lieu of flowers, memorial donations may be made to Harvest Christian Fellowship.

To order memorial trees or send flowers to the family in memory of Robert (Bob) Jones, Sr., please visit our flower store.