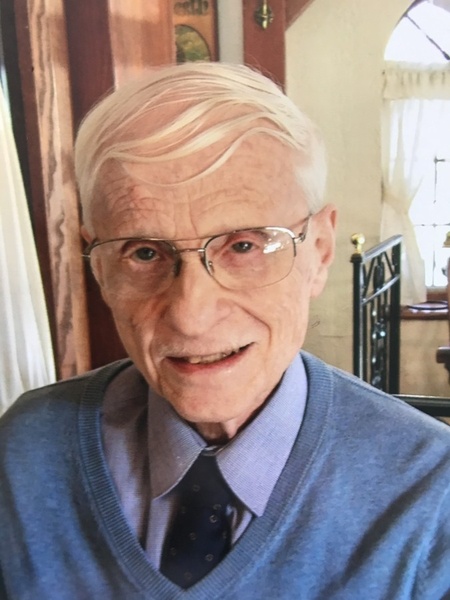 Born in Brooklyn in 1937 to George and Gertrude Scovner, whose families had come over from the Republics of Latvia and Poland respectively, Robert aspired to be a doctor like his father. He earned his medical degree from New York Medical College, then interned at Maimonides Medical Center, followed by three years of residency at the Brooklyn VA.

He was very passionate in uniting his Jewish heritage with his Christian faith, which drew him to the Messianic Jewish movement of the 1960’s. He sought out various teachers, including Moishe Rosen, who would later found Jews for Jesus.

Working for Rosen during that time was a young woman named Linda Colwell, who herself had recently moved to New York and shared his Christian faith, and with whom Robert fell in love.

In 1969, Moishe Rosen performed their marriage ceremony, and they have remained married for 52 years until his death.

In 1976, Robert and Linda moved to Frederick, MD, where he became employed by Frederick Memorial Hospital, now called Frederick Health, and two years after that, his only child Jonathan was born.

For many years, up until his retirement, he kept a private practice out of Walkersville, MD and was much beloved by his many patients. Meanwhile, he remained very active at the El Shaddai Congregation in Frederick as well as the Lion’s Club of Walkersville. He was also very passionate in assisting the Crisis Pregnancy Center and was an instrumental founding member of the Frederick Creationist Society, a subject very near to his heart.

Throughout his life, people looked to him for both medical and spiritual advice, for which he was only too glad to dispense.

He is survived by his wife, Linda, of Frederick, his son, Jonathan, daughter-in-law Melinda, and grandson Arlo of Glenside, PA, as well as his elder brother Edward of Enfield, NH.

A memorial service will be held at a later date.

In lieu of flowers, you can make a donation to Doctors Without Borders.  Bob volunteered with them when he was young. He would have liked to volunteer more with them, but his health was always fragile. He was well known as “Dr. Bob” and was very committed to his patients.  He was still taking pulses, checking blood pressure and “writing prescriptions” in his last months in memory care. Donate in honor of Dr. Robert Scovner.

To order memorial trees or send flowers to the family in memory of Robert "Bob" Scovner, MD, please visit our flower store.