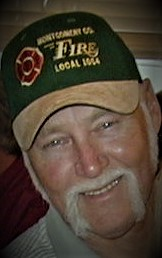 Robert (Bobby) Thomas Carter, 81, of Frederick, Maryland, passed from this life on Tuesday, September 21, 2021 at Kline Hospice in Mount Airy, MD surrounded by his  family.

He was the loving husband to Kathryn (Bunny) Carter, being married for 50 years.

Bobby graduated from Gaithersburg High School, class of 1959. He was a hard working man who gave of himself selflessly to his community. He was a Montgomery County Firefighter, retiring after 21 years of service with the Bethesda Fire Department from 1965-1986. He also retired after 32 years as a school bus driver/dispatcher for the Montgomery County Public Schools from 1970-2002.  After retirement he continued to work at Target Sheet Metal from 2002-2012.

He was a member of the Montgomery County Firefighters Association, Local 1664 and ASA Umpires Association.  He was also a member of the Proud Old Timers, Montgomery County. In his spare time he coached, umpired and officiated basketball and softball for the city of Rockville.  Bobby enjoyed playing softball, backpacking, bowling, skiing, horseshoe pitching and jogging with his two best friends (his dogs)  Hannah and Adrian.

A celebration of Bobby's life will take place at 10:00 am on Thursday, September 30, 2021, at Frederick Baptist Church, 5305 Mt. Zion Road in Frederick, MD.  Pastor John Seay will officiate.  For those not able to attend, services will be live streamed.  Please visit www.Frederickbaptist.org.  Select media tab and select FBC live.   Interment will be at Darnestown Presbyterian Church Cemetery, 15120 Turkey Foot Road, Gaithersburg, MD.

The family would like to extend their appreciation to the staff at Frederick Health and Rehabilitation and the staff at Kline Hospice House for the love that was shown to Bobby and Bunny during Bobby's stay with them.

To order memorial trees or send flowers to the family in memory of Robert (Bobby) Carter, please visit our flower store.