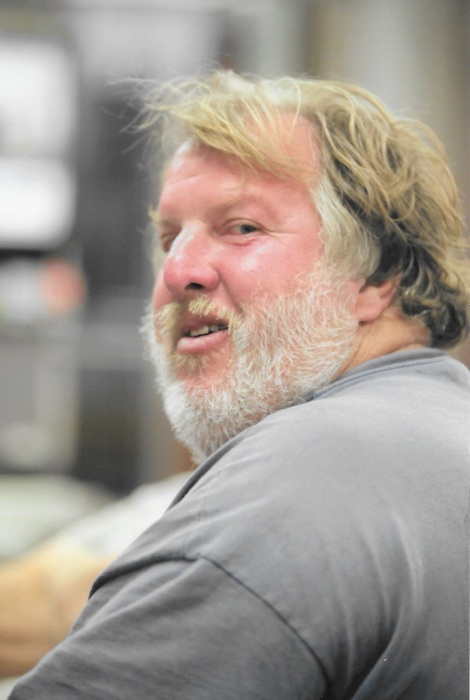 Bobby had a full life of dedicated service and commitment to his family and fellow community members. He was the business owner and operator of F&S Lawn Care, which he successfully ran for over 20 years. Bobby enjoyed volunteering for his community and was a lifetime member of the Brunswick Volunteer Fire Company. During the Christmas season, Bobby always looked forward to driving Santa around town on the fire truck and loved seeing the excitement on the children’s faces as they anticipated a sighting of Santa. He was also an active member of the Isaac Walton League of Berkley County. Bobby enjoyed camping, boating, and spending quality time with his family and friends on the weekends. When his dogs, Yeager, Bandit, and Thor, heard the words "wanna go to the river," they were at the front door waiting. His fondest memories at the Isaac Walton were during Halloween, where he volunteered on the haunted trails, helping to facilitate fall fun for all.

Bobby was a loyal friend and also had many. His best friend and road trip buddy, Harvey, was always there for Bobby. He loved getting together with his buddies every morning at McDonald's, which they called the "office," where he was often accompanied by his co-pilot, Thor, with whom he shared sausage and egg sandwiches and, of course, a diet coke. Throughout his life, Bobby would help whoever was in need. He would do anything for his children, and he cherished his granddaughters, Lailynne and Reese.

Bobby had been in Fairfax INOVA Hospital in the ICU fighting a long battle of illnesses since December 2021, but his battle ended in March 2022 after 71 days. The family would like to thank all of the friends and family near and far who had been so supportive throughout these challenging times.

In lieu of flowers memorial donations may be made to Bobby's grandchildren's college fund, where a donation box will be set up at the funeral home and the Brunswick Fire Hall.

To order memorial trees or send flowers to the family in memory of Robert (Bobby) Fleming, II, please visit our flower store.