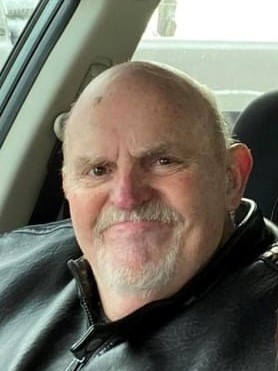 Robert Michael (Bob) Thompson, 71, of Frederick died unexpectedly on Thursday, May 12, 2022 at his home.

Born August 18, 1950 in Baltimore, he was the son of the late Robert and Bertha (Bateman) Thompson.

He was a veteran of the United States Navy.

He was a retired truck driver and processor. Formerly of the Baltimore area, he moved to Frederick in December 2020. He was well known and loved in his apartment complex. Bob will be greatly missed.

He is survived by siblings, Maryann Peterka (Joseph) in Houston, TX; Donna Wheeler of Pasadena, MD; William Thompson of California; and Tina Foertschbeck (Michael) of Frederick; and numerous nieces and nephews.

He was predeceased by a sister, Diana Mantegna; and his brother-in-law, John Wheeler.

Arrangements are with Stauffer Funeral Home, Frederick, and Stauffer Crematory, Inc.. Expressions of sympathy may be shared with the family at www.staufferfuneralhome.com.

To order memorial trees or send flowers to the family in memory of Robert Michael (Bob) Thompson, please visit our flower store.