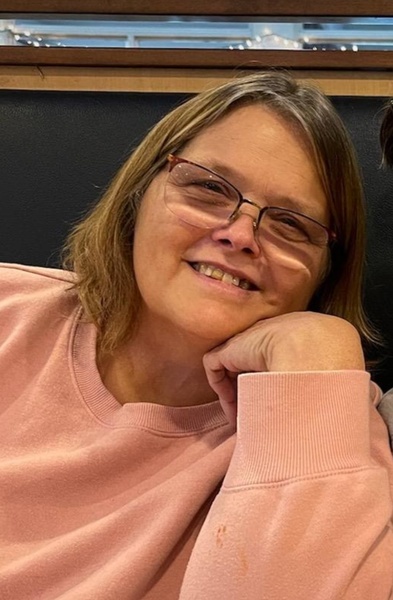 Robin Kay Bushnell, of Frederick, passed away suddenly, on Friday, August 12, 2022 at her home.  She went to be with her Lord at the age of 63.  She was the wife of 36 years to Michael Bushnell.  Born on January 30, 1959, she was the daughter of the late Robert and Pauline Shank.
Robin was employed for 17 years by SAIC.  She was a devoted sister, mother, wife and grandmother.  During her time on earth, she touched many lives with her large heart.  She will be greatly missed.
In addition to her husband, Michael, she is survived by a son, Robert Bushnell and a granddaughter, Maddie Bushnell as well as Jane and Joe Reed, Terrie Masser, Lisa and Charlie Williams and several nieces and nephews.  She was preceded in death by sister and brother-in-law Susan and George Shankle as well as Dwayne Masser.
The family will receive friends on Wednesday, August 17, from 2-4 and 6-8 PM at Stauffer Funeral Home, 1621 Opossumtown Pike, Frederick.  A funeral service will be held on Thursday, August 18, at 11:00 AM in the chapel of the funeral home.  Interment will be at Harmony Church of the Brethren Cemetery.

To order memorial trees or send flowers to the family in memory of Robin Kay Bushnell, please visit our flower store.