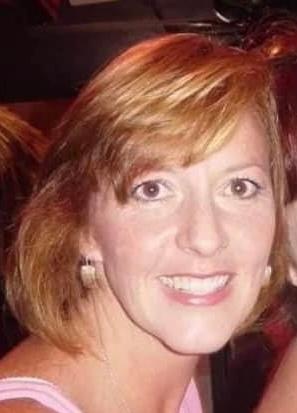 Robin Myers Rezash was a caring wife, mother, sister, and friend. She left this world after a courageous battle with pancreatic cancer on November 26, 2021 at the age 53.

Robin was born June 10, 1968 to the late Elmer Baker and Nancy Myers. She was the youngest of three children and was preceded in death by her brother Wayne Myers and her sister Debbie Myers Greenfield. She was also preceded in death by many of her beloved dogs and cats. Robin was a graduate of Boonsboro High School and Shepherd University.

Robin married Dave Rezash on December 17, 1994. Together, they had 2 children: Joseph Baker Rezash and Jacob David Rezash. Her boys were her world and she spent countless hours attending all of their sporting events cheering them on and loving every minute of it.

No matter how sick Robin was, she never stopped fighting and was determined to live for her boys. When most would have broken, Robin pushed through the treatments and pain. Through her, we know what resilience and perseverance truly look like. Her body may no longer be here, but her spirit remains.

All who met Robin loved her. Throughout her years in the Adamstown area, she met many people who eventually became her close friends. She had kind words for every person she met and never met a stranger. Robin was a second mom to many of Joe and Jake’s friends who frequently emerged from the basement, lured by the smell of a full breakfast. Robin was always more concerned about the comfort of others than her own and made sure everyone she encountered was made to feel valued.  She also never met an animal she didn’t want to take home.

Robin is survived by husband Dave and her two sons; and a number of other loving relatives and close friends. She is also survived by her loving German Shepherd, Nelly. Her family asks that in lieu of flowers please consider a donation to the Pancreatic Action Network or the Frederick Hospice Sunshine Fund.

To order memorial trees or send flowers to the family in memory of Robin Rezash, please visit our flower store.