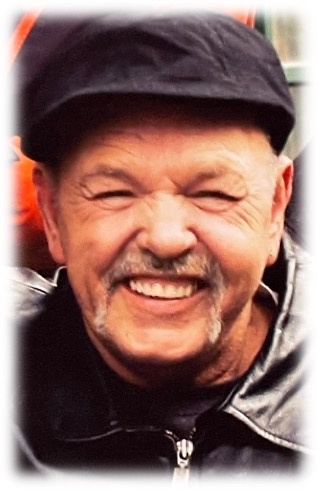 Born October 17, 1948 in Olney, MD; he was the son of the late Mrs. Clara Linda James and grandparents Raymond & Helen Walker. A veteran of the United States Marine Corps; Roger served his country proudly with honors.  Roger worked for 30+ years and retired from Montgomery County Public Schools.  After his retirement, Roger and his wife moved to West Virginia where he put his one-of-a-kind personality to use working for Food Lion as an associate.

Roger had a way of connecting with anyone he encountered which blessed him with many “friends”.  His love for the outdoors included fishing, horseshoes, playing and coaching softball and just tinkering outside in his buildings.  A favorite hobby that Roger, his wife and family enjoyed was riding Harley’s.  Many memories were made from Myrtle Beach to Washington, DC.  Roger later traded his loved Harley for a little red corvette name Roberta.

Family was not only Roger’s priory but his purpose in life.  His love and dedication for his wife Barbara one like no other. Their bond was as strong as their almost 50 years of marriage.  His daughters were his pride and joy which he loved greatly but being a Paw Paw was one of the greatest joys in his life.  From going to football and soccer games, supporting all their activities, or taking them on adventures; his grandchildren knew their Paw Paw was their biggest fan.  Many nieces, nephews and cousins were also a big part of his life to which he cherished each one dearly.

Services will be held on Monday, Dec 20, 2021 at 12:00 PM at Stauffer Funeral Home, 40 Fulton Avenue, Walkersville, followed by a military burial service at Parklawn, Rockville, MD. The family will receive friends from 10:00 AM until service time.  In lieu of flowers, memorial donations can be made to Doey’s House of Washington County, 11370 Caring Pathway Lane, Hagerstown, MD 21742.

To order memorial trees or send flowers to the family in memory of Roger Walker, please visit our flower store.