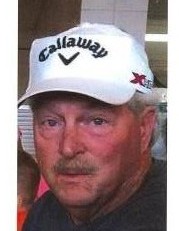 Ron Collier Chalfant, 68, of Frederick, passed away on Wednesday, April 7, 2021 at home after a long battle with cancer.  He was the husband of over 40 years to Joan Chalfant.  Born on November 26, 1952, in Virginia, he was the son of George Chalfant and Mary Alice (Thompson) Chalfant.

Mr. Chalfant was a graduate of Northwood High School.  He married Joan (Ayers) Chalfant on September 18, 1976.  Ron worked with K & B Plumbing for over 30 years, was an avid golfer and loved spending time with his family and friends.

In addition to his wife, Joan, he is survived by his children, Christopher (Heather) Ayers, Rhonda (Matt) McCollum and Brenton Chalfant; his grandchildren: Briana (Anthony) Henry, Cody Ayers, Cy Ayers, Devlin McCollum and Brooks McCollum as well as his great-grandchildren Avery and Lee Henry and many nieces and nephews.  He is also survived by his brother, George (Marcia) Chalfant and his sister, Mary Alice Chalfant Lanier.

To order memorial trees or send flowers to the family in memory of Ron Chalfant, please visit our flower store.