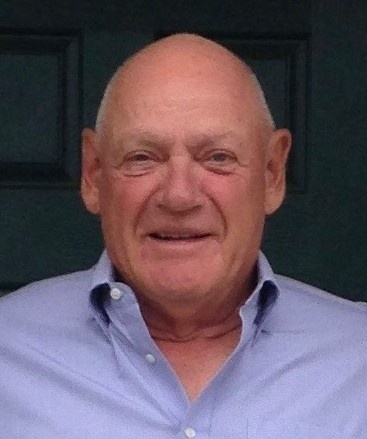 Ronald Wayne Shafer passed away on July 4, 2022, at his home in Naples, FL from complications due to lung cancer. He was born on June 3, 1942 in Frederick, MD and was the son of Oscar and Frances Shafer.  Ron married Kay Holter in 1963.  She predeceased him in July 2008.   Ron or Ronnie as he was known in his youth graduated from Middletown High School with the class of 1960 and was his senior class president.  Ron loved sports and played on his high school soccer, basketball and baseball teams.  Following high school, he attended Strayer College in DC and received B.S. in accounting.
Ron was a founding principal of LSWG which was Linton, Shafer & Company. On June 29, 2015 at LSWG’s 50th Anniversary, Ron shared “It’s not about the numbers, we’re just numbers people. It’s about the friendships I’ve developed for more than 50 years. I have some great buddies. … They didn’t teach me that in school.”
In Ron’s younger adult years, he served as the president of the Silver Spring Rotary Club, the Frederick Sertoma Club, Western Maryland CPAs and the Waverley Elementary School PTA. He was on the Board of Directors for MACPA and Sandy Springs Bank. He was also an active member of the Christ Reformed Church in Middletown, MD. He was a natural leader with great vision.
Ron had many interests, but golf had to be at the top of his list.  He belonged to Holly Hills Country Club in Ijamsville, MD, Moselem Springs Golf Club in Fleetwood, PA and Fiddlers’ Creek in Naples, FL. He started playing golf at a young age. In his teens when he delivered newspapers, his customer, Gloria “Stretch” Grossnickle, introduced him to the sport.  Golf has been a big part of his life ever since.  He loved to organize golf vacations or just get a group of guys together to play.
Ron was such a friendly, generous guy with a “take charge” attitude. And, oh my, was he organized!  He loved to talk with people. He was known to hire someone to paint his house by chatting with a fellow at the bar.
Ron’s typical reply was ”All Good.” His outlook on life was always positive. The world is a better place because of him.
He is survived by his two daughters, Leigh Fields (Curtis) and Leslie Gordon (Steve); grandchildren, Bradley, Alicia, Colby, and Spencer Fields, Nicholas and Blake Dougherty, and Reed Gordon; his great grandsons, Damian and Karter Fields, his sister, Nancy Allen (Jim); sisters-in-laws, Betty Moss (Bob) and Peggy Remsberg (Mac) and his significant other, Deborah Zurmuhlen and her family; daughter, Michelle, and grandson, Tyler.
A memorial service will be held at 11:00 AM on Saturday, July 16, at Christ Reformed Church, 12 S. Church St. in Middletown, MD 21769.
In lieu of flowers, the family requests donations be made to Christ Reformed Church in Middletown or to the Kay Shafer Memorial Fund with Community Foundation of Frederick County.
To order memorial trees or send flowers to the family in memory of Ronald Shafer, please visit our flower store.