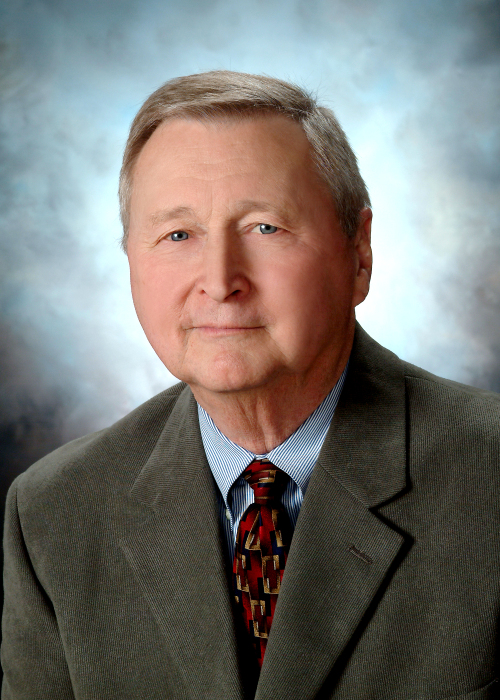 Ronald Ellis Smith, Ph.D., P.E., D.GE, M.ASCE, 83, of Frederick, Maryland, passed from this life on Thursday, March 31, 2022 at Heartfields At Frederick. He was the loving husband to Josephine (Jo) Cuthrell Smith, his high school sweetheart. They would have been married 65 years this coming October.

Born on November 28, 1938, on his mother’s birthday, in Rocky Mount, NC, he was the son of  the late Addison Hoyt Smith and Pattie Lou (Leonard) Smith. He was a good Christian gentleman. He grew up in the Baptist church and then he and Jo joined the Presbyterian church. He was very active in all the churches he attended: St. Matthews, Gaithersburg,  Darnestown and Scottsville Presbyterian churches. He and Jo were members of Green Valley Presbyterian Church in Henderson, NV before their move to Frederick, MD last year.

Ron received his Bachelor of Science, Master of Science and Ph.D. in Civil Engineering from North Carolina State University.

His career began in 1966 as an Assistant Professor in Civil Engineering at the University of Florida. He taught courses in geotechnical engineering, engineering mechanics and materials engineering. In 1969, he worked for NASA-ASEE Summer Faculty Fellowship doing research on lunar soil mechanics at the Marshall Space Center in Huntsville, AL.

In 1970, he transitioned to the private sector joining Woodward-Clyde Consultants in Rockville, MD. He worked his way to Executive Senior Vice President over the Southeast region, specializing in Geotechnical Engineering: tunneling and underground construction; dams; foundations, site development and slope stability; expert witness.

In 1990, he transferred to the Las Vegas, NV office to continue his work with Woodward-Clyde Consultants as Manager of Scientific Programs at the Yucca Mountain Nuclear Storage Site. After 28 years of service, he retired from Woodward-Clyde. During his “retirement” he taught graduate courses at the University of Nevada Las Vegas and later at the University of Virginia in Civil Engineering.

In 1999, he and Jo moved to Henderson, NV where he continued as a private consultant. He came out of retirement in 2001 and worked for Kleinfelder as their Chief Technical Officer for 6 years.

Ron's professional memberships and organizations included the following: Technical and then Senior Region Director of the American Society of Civil Engineering (ASCE) Oct. 2008 - Sept. 2011; Co-founder and President of ASCE Geo-Institute; and Advanced Security for Field Engineers (ASFE). Through these organizations he and Jo were able to travel all over the world.

He was predeceased by his oldest son, Ronald Ellis Smith, Jr.

A celebration of Ron's life journey will take place at Brook Hill United Methodist Church, 8946 Indian Springs Rd., Frederick, MD on Friday, April 8, 2022 at 1:00 pm. Pastor Linda Warehime will officiate. The service will be available via livestream at www.YouTube.com/BHUMC or viewable anytime afterwards. The family will receive friends after the service, around 2:00 pm, in the Life Activities Center at Brook Hill UMC.

In lieu of flowers, memorial donations may be made to the Ronald E. Smith, Jr. Scholarship Endowment, North Carolina State University College of Engineering at https://give.ncsu.edu/growendowmen t or by calling 919-513-9238 or to the Alzheimer’s Association at www.alz.org .

To order memorial trees or send flowers to the family in memory of Ronald Ellis Smith, Ph.D., please visit our flower store.