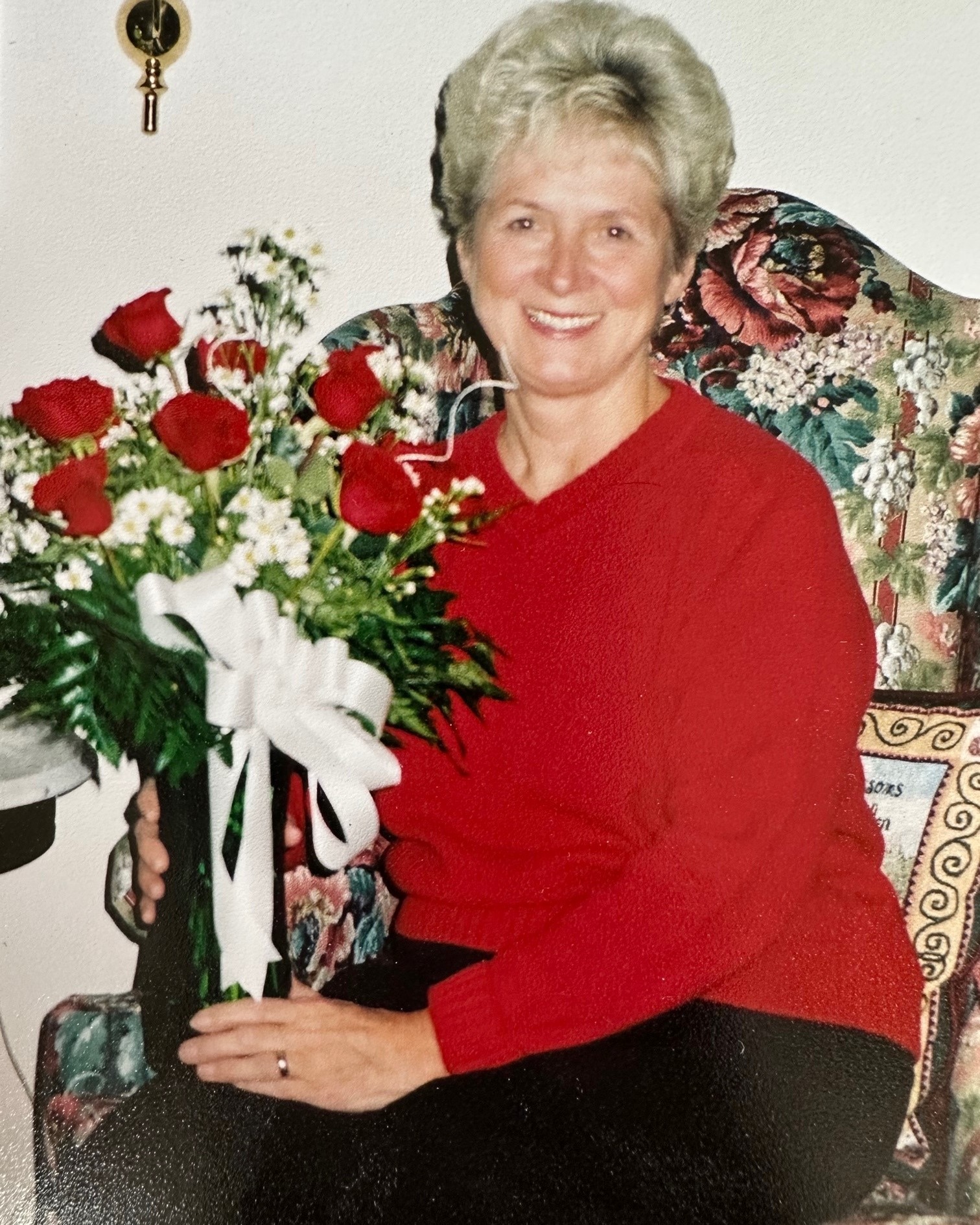 Author and Public Speaker, Rose Marie Otis, age 82, passed in her sleep early on Saturday morning, January 7, 2023, while living in Frederick, Maryland, with her husband of 64 years.

She was born to Harlan and Grace Niesen on April 22, 1940, in Manistee, Michigan.  She has three siblings – John Niesen(Kreybel-deceased), Amy Heinënan (Markku), and Eric Niesen(Barbara).

Rose met her husband, Harold “Bud” Otis, Jr., as a sophomore, while attending Cedar Lake Academy (CLA) in Michigan.  As her husband tells the story, he was roller skating in the high school gymnasium when he saw her walk in with her skate bag.  She sat down and began to put on her skates when he came flying by.  He dropped to his knees, started helping her with her shoes and skates, all while she was blushing and saying, “stop.”  After helping her put on her skates, he took her hand and lead her onto the floor.  He says that she never wanted him to let go, and he didn’t. Marrying her three years later, they went onto have two children, Todd Otis (Kim Klabe) and Heidi Bresee; and grandchildren, Ryan Bowen (Constance), Heather Della Penna (Brett), Eric Bowen (Brooke), and Clay Otis.

In high school, Rose was a gifted student, earning a 4.0 GPA.  She sang in choir, was a leader in the girls’ club and was elected President of the Student Association and Vice President of her senior class.  In the fall of 1958, she completed a Practical Nurse Course, beginning her career as a nurse in a small Michigan hospital.

Little did Rose know that being married to Bud would require so much moving!  Within the first twenty years of marriage, they moved thirteen times for work.  Rose saw each opportunity as an adventure to meet new people and share spiritual encouragement.

By 1977, Rose left being a stay-at-home mom to become the Public Relations Director for the Review and Herald Publishing Association.  In this role, Rose was responsible for public outreach, weekly newsletter, and was a valuable partner to her husband, who was serving as the President of the Review and Herald Publishing Association.

In 1988, Bud and Rose were asked by The Seventh Day Adventist Church leadership to work in Russia on a full-time basis.  During this time, she met many leaders of the Russian government as she worked to bring God to the people of Russia.  While in Russia, Bud and Rose worked tirelessly to gain permission for a seminary, university, and publishing house to be constructed.  During their 17 trips to Russia, they were able to bring these dreams to fruition, and by 1990, The Seventh Day Adventist Church leadership created a new Soviet Division, which is still fully functioning today in Tula Oblast of Russia. Today, Zaoksky Adventist University houses five educational institutions: Zaoksky Theological Seminary, Zaoksky Christian Institute of Arts and Sciences, Zaoksky Christian Professional College, Zaoksky Seventh-day Adventist School (K-11), and The Mittlaider-Agro Study Center.

In 1991, Rose was recruited to become the first Women’s Ministry Director of the Seventh Day Adventist Church at the world headquarters in Columbia Maryland.  It was a big challenge to start a new department, but Rose was determined to see women involved in the mission.  She created a women’s devotional book series that donated all royalties to create a scholarship fund to support the education of women committed to spreading the gospel.  To date, over $600,000 has been donated.

During her time at the General Conference, Rose was able to travel the world, which was a passion of hers.  God took her to Russia, China, India, Indonesia, Papua New Guinea, Madagascar, Australia, Philippines, Africa, Ukraine, Belarus, Poland, England, Germany, Romania, Finland, Switzerland, Brazil, Peru, Bahamas, Bermuda, Mexico, to name a few.

By 1996, Rose was selected to be the Vice President of the North American Division of The Seventh Day Adventist Church, the first woman to ever hold this position.  While a Vice President, Rose continued to create opportunities for women to worship and spread God’s word.  Within two years, she was asked to become the Vice President of the Texas Conference of The Seventh Day Adventist Church, another first for women in the Seventh-day Adventist Church.  Rose balanced the unique skills of power, grace, and humility.  Her ability to find the good in everyone was second nature to her.  Her quick wit and good sense of humor got her through the dark days, having the ability to laugh at herself was cherished.

In 2002, Rose stepped away from her work due to health challenges.  Over the next twenty years, she not once complained about her disease.  Instead, she put a smile on her face and was grateful for each day she was granted.  As her mind slowly faded, she could still be found dunking her grandchildren in the pool, driving go-carts, taking boat rides, racing each other in golf carts, and eating lots of ice cream.

As a mom, she was her children’s world.  Her love of ice cream was world-known.  A nickname of “Baskin Robbins,” she proudly wore.  If she only had one dollar to her name, she would make sure her kids got ice cream after school – every day!  She was fierce and strong, yet tender and compassionate.  She exuded the word LOVE.  As a mom, there was no better.  In the end, as her son reached in to say good night, knowing his heart was breaking, she responded, “Come here you beautiful son. Momma loves you so much.”  And to her daughter, her last special words were, “Oh hi sweetheart, I love you so much.” She was so good at always saying the right thing, even in her last breath.

To her husband, she was everything.  The beautiful life of the party, his constant companion, and best friend. She picked out his clothes, always wanting him to look sharp.  She ran a wonderfully organized house, where he could travel and know things would run smoothly.  In the end, all she wanted was him.  To know where he was, and to know he was with her.  As she took her last breath on this earth, he was there, holding her hand, saying, “I love you always Rosie.”  A Hollywood ending to a life well lived.

To order memorial trees or send flowers to the family in memory of Rose Marie Otis, please visit our flower store.