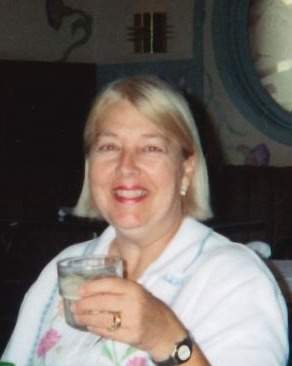 Rosemary Ann Hummel, 70, of Frederick, Maryland, passed from this life on Sunday, September 4, 2022 at Frederick Health Hospital in Frederick.

She Graduated from Frederick High School in 1970. Rosemary was a bartender at the Peter Pan Inn in Urbana, where she met her long-life friend, Pat Burns. She also worked at Frederick Memorial Hospital (now Frederick Health Hospital) as a candy striper then later at Zenith TV shop and various movie stores. Rosemary also was a program seller at the former Cracked Claw off-track betting. For the majority of the time she was a homemaker. Rosemary had various hobbies reading, movies, animals mostly horses, gardening, canning and cooking. She loved to volunteer at the Urbana Carnival every summer.

She is survived by her husband, Alfred Hummel Jr.; her son, Alfred Hummel, III, of Urbana; daughter, Windy Geisler and husband, Gary, of Mount Airy; granddaughters, Aspin Rose Marie and Ivy Laverne Mae; cousins, Connie and Bruce Mudd, Jill and Andy Main and their children, Zach and Alexis, Tammy Click and her children, Austin and Daniel; and her dear friend, Laurie Pilson.

Rosemary was preceded in death by her aunt and uncle Dolly and Bernard Staley; and best friends, Pat Burns and John Barber.

The family will receive friends from 6 to 8 p.m. on Sunday, September 11, 2022 at Stauffer Funeral Home, 1621 Opossumtown Pike in Frederick.

A celebration of Rosemary's life journey will take place at 11 a.m. on Monday, September 12, 2022, at the funeral home in Frederick. Pastor Catherine Streeter will officiate. Final resting place ceremonies will be held at Resthaven Memorial Gardens in Frederick.

Memorial donations may be made to American Heart Association.

To order memorial trees or send flowers to the family in memory of Rosemary Ann Hummel, please visit our flower store.