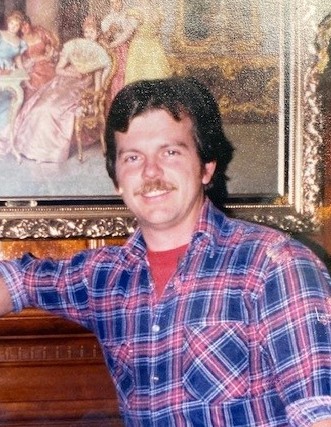 Roy Dennis (Denny) Sweigert, 63, of Boonsboro, Maryland, died peacefully at home on September 26, 2021, after a long battle with cancer. His beloved wife Leslie was by his side. He was the beloved husband of Leslie Ann Sweigert for nearly 30 years.

Born on June 17, 1958, in Hagerstown, he was the son of the late Arbie and Lana (Martz) Sweigert. Denny was a veteran and served four years in the United States Army. He was a member of the Local 486 Plumbers and Steamfitters Union for 33 years and a member of the Clopper-Michael American Legion in Boonsboro.

Denny loved to golf, have adventures with his metal detector, collect antiques and drive his vintage Chevy Nova.

In addition to his wife Leslie, he is survived by two sisters, Sidney Jean Morris of Benton, Arkansas and Carol Winters of Hagerstown; four brothers, Roland Sweigert of Florida, Fred Sweigert of Boonsboro, James Sweigert of West Virginia and Gary Sweigert of Hagerstown. He was a wonderful father to Jeff and Jackie Brown and a proud grandfather to Chloe Brown. He will also be dearly missed by his mother and father-in-law, Wink and Beverly Suder.

In addition to his parents, he was preceded in death by his sister Deanna Jane Tarner of Hagerstown.

In lieu of flowers, memorial donations may be made to Hospice of Washington County, 747 Northern Avenue, Hagerstown, MD 21742.

To order memorial trees or send flowers to the family in memory of Roy "Denny" Swiegert, please visit our flower store.