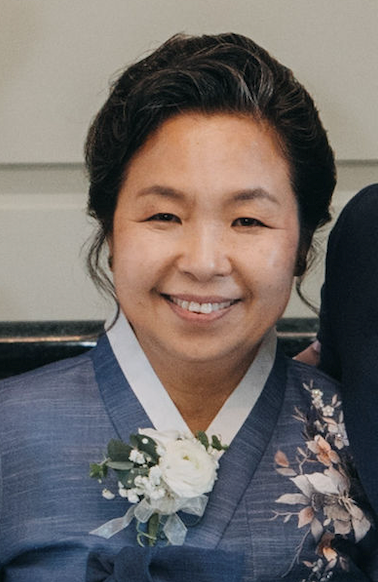 Seunghee Jeon, 62, of Frederick, Maryland, passed away on Saturday, January 15, 2022 at her residence.  She was the wife of Bumsoo Lee.  Born on July 6, 1959, in Seoul, South Korea, she was the daughter of HyungKwan Jeon and SoonOk Cha.

She was a graduate of Sookmyung Women’s University, Seoul, South Korea, in 1983. She also graduated from University of Wisconsin-Madison and earned a B.S. degree in Food Science.  In 2001, Seunghee began working for the Frederick County Public Schools, serving first as an Instruction Assistant until 2008, when she then became a High School Mathematics Teacher at both the Frederick and Tuscarora High Schools, until her retirement in 2021.  She also volunteered to help English Language Learner (ELL) students and families for many years, and taught mathematics for ELL summer school students.  Seunghee served as a member of The National Education Association (NEA) and was a parishioner of Saint Katharine Drexel Catholic Church in Frederick, MD.

In addition to her husband, she is survived by her sons, Michael Jeon Lee of Frederick, MD and John Jeon Lee and his wife Robin Currens of Baltimore, MD; her mother, SoonOk Cha; her sisters, Jiwon Jeon and her husband Daniel Powers of Austin, TX and Seungwon Jeon of Charlottesville, VA. Many loving nieces and nephews also survive her.

A Mass of Christian Burial and inurnment will be held privately at a later date.

To order memorial trees or send flowers to the family in memory of Seunghee Jeon, please visit our flower store.