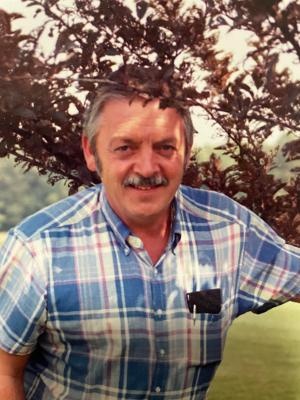 Sgt. Ronald Wayne Scott (Scotty), age 81, of Mt. Airy, MD, passed away October 29, 2021.  He was born in Surry County, North Carolina to the late William T. and Belle Nichols Scott.  He was the loving husband of the late Peggy Ann (Strouth) Scott; devoted father of Randall Scott (Marci); William Scott and Robert  Scott (Patricia); and Papa of Brianna and Tyler Scott.  He is survived by his siblings Terry Scott (Janice) and Carolyn Nixon (Roger), and many nieces and nephews.  In addition to his parents and wife he was predeceased by his brother William Bruce Scott.

Scotty served in the U.S. Air Force during the Vietnam Era between 1958-62 and was honorably discharged.  He retired as a Sergeant from the Montgomery County Police Department in 1986 after 25 years of service.  He earned a Bachelors degree from UMUC in Criminal Law while working full time.  He worked in several other jobs throughout retirement, including a 32 year career with Kenwood Country Club as night auditor, and security. He was a former member of the Masonic Lodge, and involved with The Ali Ghan Keystone Kopps. He was a lifetime member, and former First Vice Commander of The American Legion Post 171. Scotty enjoyed spending time with his family, hunting, and supporting activities at the American Legion.

In lieu of flowers, memorial donations may be made to American Legion Post 171.

To order memorial trees or send flowers to the family in memory of Sgt. Ronald Scott (Scotty), please visit our flower store.