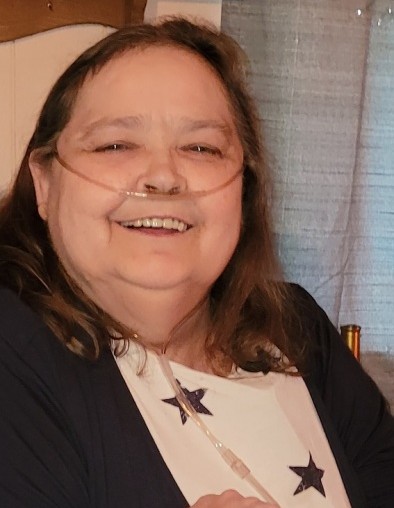 Sheila Marie Gift, of Emmitsburg, Maryland, passed away suddenly at home on August 24, 2021. She was the wife of the late Earl L. Gift, Sr. of Thurmont, Maryland.

Born on August 1, 1954 in Rockville, Maryland, she was the daughter of the late Carroll Kenneth "Boo" Howard, Sr. and Etta Louise (Cornwell) Howard.

She was a long-time waitress for multiple places, but her favorites were Cashtown Inn, Cactus Flatts, and Dale's Place. Sheila will be forever remembered for her love of pool leagues with her late husband and her love of singing karaoke. Having a voice like an angel, Sheila's claim to fame was singing Loretta Lynn and she sounded just like her.

She was a member of the Glade Valley Christian Congregation of Jehovah's Witnesses and looked forward to the resurrection.

Sheila is survived by her daughter, April Lynn Johnson and her husband, TJ, of Emmitsburg; and her son, Johnathan Ross Smith, of Virginia; her brothers, Carroll Kenneth "Bugs" Howard, Jr. and his wife, Tracy, of Frederick, Kenneth Wayne Howard of Frederick, and Philip Eugene Howard of Maryland; her sisters, Orlean Virginia Christian and her husband, Oscar Herman "Bigen" Christian, of Virginia, and Lisa Ann Jordan and her husband, Ivan Steven Jordan, of Woodsboro, Maryland; as well as many nieces, nephews, cousins, and friends, whom she loved deeply.

She was preceded in death by her brother, Marion Edward "Rooster" Howard.

A memorial service will be held at a later date and time. In lieu of flowers, donations may be made, in her name, to Glade Valley Christian Congregation of Jehovah's Witnesses.

To order memorial trees or send flowers to the family in memory of Sheila Gift, please visit our flower store.