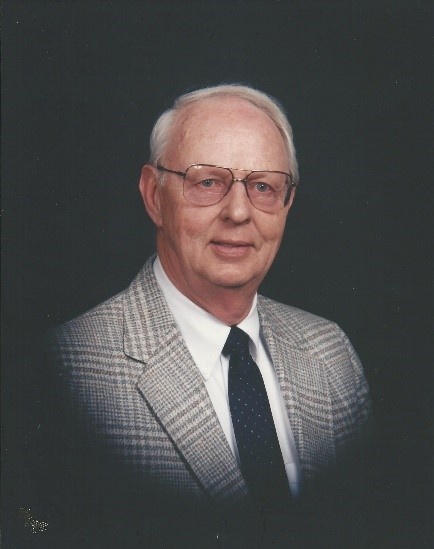 Sigurd Verner Sundell, 95, of Frederick, Maryland, passed away on November 18, 2021, at Frederick Health Hospital. He was the husband of Jean Ewart Sundell for 56 years.

Born August 26, 1926, in Pittsburgh, Pennsylvania, he was the son of the late Sigurd Bengt Sundell and Viola Elizabeth Bergstrom Sundell. Verner grew up in Pittsburgh’s East Liberty neighborhood, where he attended Peabody High School. In 1944, after graduating high school at age 17, he enlisted in the U.S. Navy, where he served as a Petty Officer Third Class on the U.S.S. Riverside (APA-102) in the Pacific Theater during World War II.

After he was honorably discharged in June 1946, Verner used the G.I. Bill to earn a bachelor’s of business administration, majoring in accounting, from the University of Pittsburgh, where he took classes as a night school student while working for the Great Atlantic & Pacific Tea Company and later the Goodyear Tire & Rubber Company. He remained with Goodyear for more than 37 years, serving as a business counselor and later store manager until his retirement.

An avid gardener and golfer, Verner was known for his 3 handicap and games of gin and pinochle with his friends at Turf Valley Country Club. He was a longtime member of Calvary United Methodist Church, where he sang in the Gospel Choir and the Messengers and greatly enjoyed Sunday School with his church friends.

Surviving in addition to his wife are two children, Eric Michael Sundell and wife, Heather, of Glyndon, MD, and Kirsten Ewart Sundell and husband, Jeff Valentine, of Louisville, KY; grandchildren, Sean, Patrick and Kathleen of Glyndon, MD; step-grandson, Andrew Valentine, of Seattle, WA; and many beloved nieces and nephews. He was preceded in death by his parents; his infant twin sister, Doris Esther Sundell; and his dear sisters, Marion Gamble, Lois Moir and Dorothy Ann Shook.

The family wishes to thank his kind caregivers at Citizens Nursing Home and Rehab Center, with whom he spent his final months receiving the very best care.

Funeral arrangements will be private. Expressions of sympathy may be shared with the family at www.staufferfuneralhome.com.

To order memorial trees or send flowers to the family in memory of Sigurd Sundell, please visit our flower store.