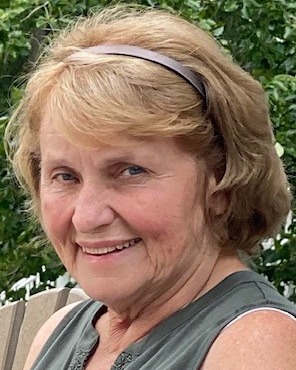 Sylvia Elaine Lantz of Myersville, MD, passed away peacefully at her home on January 14, 2023.

Born April 27, 1950 to the late James Meredith Ropp and Grace Naomi (Ford) Ropp.  She was the beloved wife of Glenn Richard Lantz of 51 years.

Sylvia graduated from Middletown High School in 1968 and attended University of Maryland (1968-70).  She graduated from Hood College in 1988 and worked for the Federal Government at NIH and NIST for over 30 years.  After retirement she worked as both a volunteer and a contractual employee for the National Fallen Firefighters Foundation.  She served as a social member of the Myersville Volunteer Fire Company spending numerous hours fundraising.

Sylvia was a long-time member of the Grossnickle Church of the Brethren.  She enjoyed quilting and was a member of the Hagerstown Quilters Guild.  She relished traveling with Glenn, gardening, and spending time with family, especially her grandchildren.

Family and friends can gather from 2 to 4 p.m. and 6 to 8 p.m. on Thursday, January 19, 2023 at Stauffer Funeral Home, 1621 Opposumtown Pike, Frederick and one hour prior to services on Friday at the church.

Funeral services will be held at 11 a.m. on Friday, January 20, 2023 at Grossnickle Church of the Brethren, 11301 Meeting House Road, Myersville, MD. Burial will be held at the adjoining church cemetery.

In lieu of flowers, donations can be made to Grossnickle Church of the Brethren or Frederick Health Hospice.

To order memorial trees or send flowers to the family in memory of Sylvia Elaine Lantz, please visit our flower store.

Grossnickle Church of the Brethren

Grossnickle Church of the Brethren