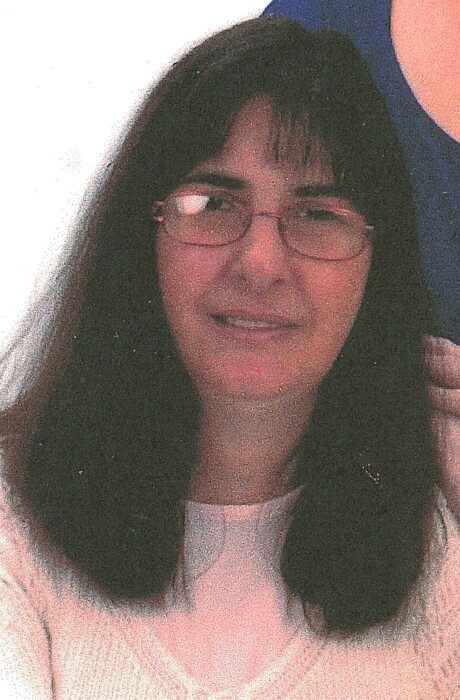 Tammy Lynn O’Toole, of Mountain Dale, died suddenly at home following a brief illness. Born on February 14, 1965, she was the daughter of the late Anthony P. O’Toole and Susan Rice O’Toole.
Tammy was a 1983 graduate of TJ High School and later earned an associate degree from FCC. She was employed for many years as a contractor coordinator for Wickes Lumber until health issues made her leave. Later she worked for Mamsi Insurance as one of their top Vertexer’s until health issues again forced her to stop and her health deteriorated from there.
Tammy enjoyed life and loved talking to people even strangers. Although she was not blessed with any of her own, Tammy loved children. She loved to cook but after moving to a home of her own she said it wasn’t as much fun just cooking for one. Her favorite pastime was watching football, nascar and old TV shows like MASH and ER.
Tammy is survived by her mother Susan O’Toole of Thurmont; sister Karen Gray (Robert) of Libertytown; aunts Judy Johns of Frederick, Donna Bollinger of Thurmont, and Ellie Gilbert (Tom) of Walkersville. She is also survived by her uncles, Russell Rice (Tina) of Frederick and Timothy O’Toole (Patty) of Frederick, as well as many cousins. She will be remembered by special family friend Vicki Bailey, as well as special friends, Charlie Bartholow, Clint Wecty, Wayne Stull and her cousin, Danny Bollinger. The family will also remember her landlady Debbie who watched out for her.
She was preceded in death by her father Anthony P. O’Toole.
There will be no viewing and burial arrangements will be private for the family.
The family asks that contributions be made to Tammy’s favorite charity St. Judes Hospital for Children in her name or to a charity of your choice.
Expressions of sympathy may be shared with the family at www.staufferfuneralhome.com

To order memorial trees or send flowers to the family in memory of Tammy O'Toole, please visit our flower store.