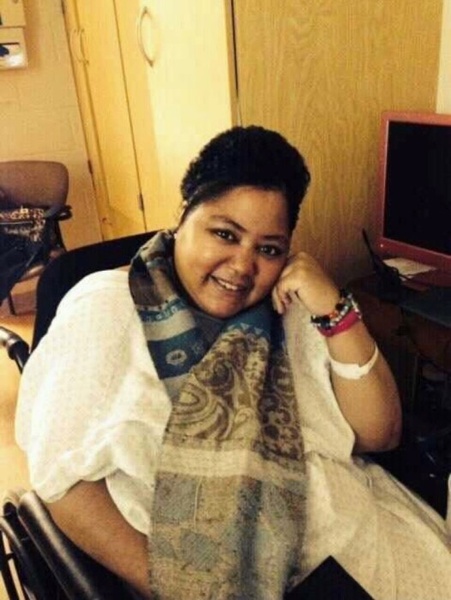 Tara L. Goines, 45, of Frederick, Maryland passed away peacefully on February 17th, 2022, after a life-long illness.

Born on February 28, 1976, she was the daughter of Betty Marie Goines. She graduated from Thomas Johnson High School in 1996. She loved to talk and visit with her many friends and loved family gatherings. She enjoyed watching the Gold Girls on TV and watching Wrestling.

She was preceded in death by an infant son and daughter; grandparents, Leon and Charlotte Goines; aunts, Barbara Jordan, Frances Lee and uncles Greg Goines, Timothy Goines and Frank Goines.

The family will receive friends from 9-11am on Friday, February 25th at Stauffer Funeral Home, 1621 Opossumtown Pike, Frederick, MD. Her going home service will begin at 11am at the funeral home. Inurnment will be private.

The family would like to thank the staff at Autumn Lake Nursing and Rehab Center at Ballenger Creek.

To order memorial trees or send flowers to the family in memory of Tara Goines, please visit our flower store.