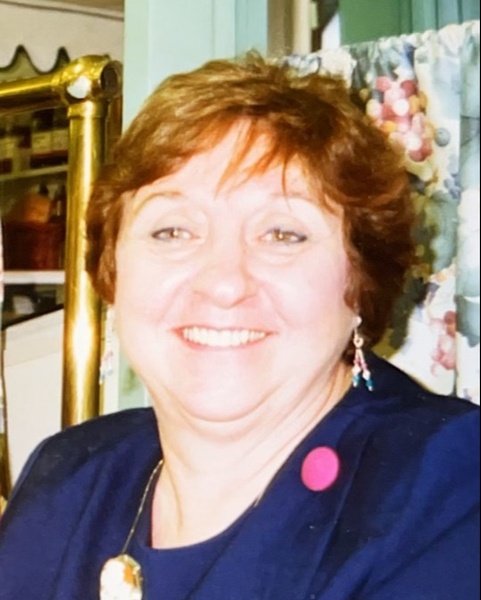 Marie Theresa Speciale, of Frederick, Maryland passed away, October 9, 2022.
“Terry” was born on April 2, 1940, in Brooklyn New York to Giovanni ("Papa John") Saccente and Angelina (Carlucci) Saccente. She was a proud alum of James Madison High School along with other notable graduates including Ruth Bader Ginsburg, Bernie Sanders, and Chuck Schumer. At the mere mention of her alma mater’s name, she would (whether invited to or not) belt out her old school’s fight song from start to finish.
On September 19, 1959, Terry married the love of her life, Nicholas (“Nick”) Speciale. Nick and Terry’s marriage of more than 57 years was celebrated by great love and laughter with family and friends through good and tough times. Nick and Terry owned and operated a successful pharmacy for 15 years in the Bronx (Ratner’s Pharmacy) while living both in the Bronx, NY and eventually New Rochelle, NY. After selling their business, Nick and Terry semi-retired and enjoyed living in the Long Island, New York area (Sag Harbor and Northampton) where they continued taking pleasure in boating and entertaining friends and family. In late 2002, Terry and Nick moved to the Frederick area to be closer to their sons and growing families in Maryland.
Terry was truly a life force of exuberance and optimism to all who knew her. Her heart was as big as the large vat of meatballs and sausage she created for the weekly Sunday family and friend’s dinners where great laughter at the off- beat tales of Ratner’s Pharmacy were told. In a single day Terry could be the eternal optimist to the day’s dismal weather forecast, first, second and third mate on a boating trip, counselor to the scores of friends and relatives who called her and gave her their confidence, great mom to her sometime errant sons and of course managing to efficiently keep her “undemanding” spouse of 57 years happy and cared for.  Terry will rejoin Nick now and continue to spread their love and laughter to the heavens. Nick will finally get some “more salt” added to his meatballs.
Terry is survived by her two sons and their wives, Nicholas and Susan and Raymond and Xiaoping; and grandchildren Amanda 25, Emily 21, Matthew 19, and Anna 20. She was preceded in death by her son John "Johnny" who died in 1973 from childhood leukemia; and grandson Nicholas who died shortly after birth in 2001. Johnny and Nicholas will forever be a part of Terry’s life and legacy. Terry also leaves behind her beloved brother and sister, Gaetano Joseph Saccente (“Tommy”), and Rose Pollina.
Terry’s family sincerely thanks all the staff and health care professionals at Country Meadow's who were so kind to Terry and treated her with such incredible respect and dignity in the last years of her life. Terry was also blessed with the best friends and neighbors anyone could wish for at their condo at Glen Valley Terrace in Spring Ridge, Frederick Maryland.
To all of you who were a part of her life...our heartfelt gratitude. Peace.
Friends may visit for a celebration of Terry’s life from 5p.m. to 7 p.m. on Thursday, October 13, 2022 at Stauffer Funeral Home located at 1621 Opossumtown Pike, Frederick, MD 21702. A private burial service will follow on Friday morning for immediate family at Mount St. Mary's Cemetery in Emmitsburg, Maryland. Memorials may be made (in lieu of flowers) to Leukemia Society of America at. <https://www.lls.org/ways-to-give>.