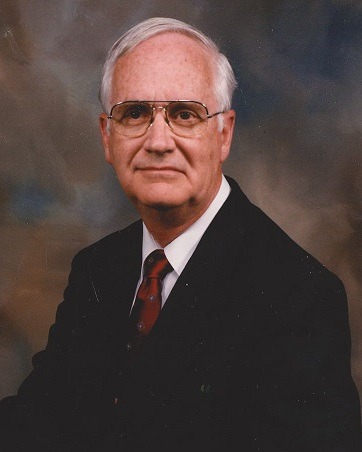 Thomas Warren Fugate, 88, of Thurmont, Maryland, passed from this life on Thursday, September 29, 2022, at Frederick Health Hospital in Frederick, Maryland, after a brief illness.

Tom was born on February 2, 1934, in Kingsport, Tennessee. He was the son of the late Robert Sevier, and Martha Emma (Messerly) Fugate. He was married for 66 years to Esther Wolfinger Fugate.

Tom was a 1952 graduate of Ramsey High School in Ramsey, New Jersey. He played trombone in the high school band and was student director for four years. His mother was an accomplished pianist and church organist. She influenced and encouraged Tom in his musical endeavors. Tom also had leading roles in his junior and senior class plays. Tom attended the University of Maryland and graduated in 1957 with a Bachelor of Science degree in Music Education. During college, he played trombone in the Air Force ROTC band and in the University of Maryland marching band, concert band, and orchestra. He was granted an active membership in Kappa Kappa Psi Honorary Band Fraternity. He spent the summer of 1955 at Eglin Air Force Base, Florida, in training with the Air Force Reserve Officers’ Training Corps. There, he learned to fly jet aircraft. Tom continued his education at the University of Idaho, Moscow, Idaho, where he was granted a teaching assistantship. He earned a Master of Science degree in Music Education in June of 1961. Additional graduate work was done at Western Maryland College, Frostburg State University, Westminster Choir College, Towson State University, and the University of Maryland.

Tom began his teaching career in Howard County, Maryland, as an instrumental music teacher in elementary, junior high, and high school. In 1959 he became band director at the Thurmont Junior/Senior High School and later its successor, Catoctin High School. During the years he spent at Thurmont and Catoctin High Schools, the band program increased in both size and quality, performing to consistently high ratings at county and district festivals. In 1973, Tom was appointed Acting Supervisor of Music for Frederick County while the permanent supervisor was on sabbatical leave for the year. Tom then returned to Thurmont to take over the middle school instrumental music program. While in this position, he established a string instrument program in the feeder schools, and in a few years, directed the first Catoctin High School Orchestra. Tom was a leader in the Maryland Music Educators Association and served on the board of the Maryland Band Directors Association. In 1975, Tom was appointed the first president of the newly formed Maryland Music Educators Association Western Region. While in this position, he moved the Western Maryland Regional Band from a summer-only function to a school-year event.

Tom was an active member of the Graceham Moravian Church and he served on the Board of Trustees. He played with the brass band, played with and directed the handbell choir, sang with the adult vocal choir, and served as choir director for many years. He was chairman of the organ search committee and supervised the purchase of the new Rodgers organ for the church. Tom also enjoyed family visits and gatherings. He loved to travel and enjoyed many trips with his family when his children were young. His summers off from teaching usually involved camping in state and national parks. He enjoyed photography and has many fond memories captured on film. He was also a skilled handyman. Many hours were spent repairing cars and doing home projects.

Tom was preceded in death by his daughter, Kathy Fugate; and his brothers, Robert Fugate and William Fugate.

Memorial donations may be made to Graceham Moravian Church.

Expressions of sympathy may be offered to the family at Staufferfuneralhome.com.