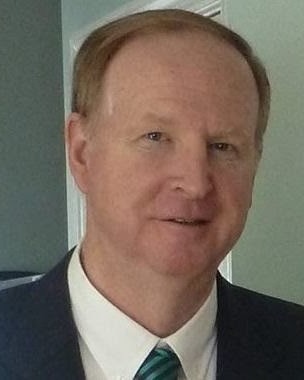 Thomas Leahy, a loving husband, incredible dad and in our opinion, a generally great person,
passed away in his home on Wednesday, December 7, 2022. While it was unexpected and far too
soon, his 70 years of life has left us with a lot to celebrate.

Tom was the baby of his family, he grew up idolizing and terrorizing his three older siblings,
Muff, Jim and Crindy. He loved the water, spending summers on a sailboat with his dad and
brother. Like his father, Osmond, he attended USMA West Point where he rode for the crew
team. He went on to serve 6 years in the US Military, earning his Airborne wings after jumping
out of a plane 5 times and rising to the rank of Captain. His fondness for tanks and a well turned
out salute followed him through life, he spent a Thanksgiving or two watching ‘Tanks-giving’ on
the military channel with his older brother, Jim. Tom would also want you to know that he had
17 tanks and 88 men under his command, and when he said ‘Jump’ they said, ‘How high?’ – a
fact he would love to remind his three unruly children of often.

After leaving the military, Tom joined WestingHouse where he worked on nuclear submarines
for 3 years. He then spent the rest of his career working for Bechtel as an Engineer and Project
Manager. At 37, Tom thought himself a confirmed bachelor - until a meeting with a lovely Irish
woman named Verona at a 4th of July BBQ rocked his world. Two years later Verona and Tom
were married, in both America and Ireland. The pair have three kids, Jennifer & Karen, born in
Marin County, CA and David, the British surprise. The family moved to London for an alleged 2
years so Tom could work on developing the city’s tube lines. However, over 10 years and a
Jubilee Line later, Tom and Verona ended up living and raising the kids in London. With Tom’s
projects completed, the now very British sounding Leahys moved and settled down in Frederick,
Maryland.

In his retirement, no one was more well informed than Thomas Leahy, who you could find
nestled in his armchair watching the stock market on the TV and the News on his Ipad. He was
great for a discussion on just about anything and loaded with memories and stories to share. He
loved a good book and a hard candy, and always made sure to empty the dishwasher before
mum got home.

A man of habit, it’s easy to know what he would be saying if he was still here. There were few
situations the word ‘fine’ didn’t cover, and if you asked him how he was he’d say, ‘alright, I
reckon.’ He’d choose Panda Express’ chicken teriyaki for dinner and vanilla ice cream for dessert.
And for anything else the answer would be, ‘whatever Verona wants.’
Tom loved his family limitlessly, it took very little to make him happy and almost anything we did
made him proud. He would love to be remembered as ‘Tom Terrific’ a nickname that he could
never get to catch on in life.

A memorial service will be held on Thursday, December 15 at 5PM at Stauffer Funeral Home,
Frederick

To order memorial trees or send flowers to the family in memory of Thomas Anthony Leahy, please visit our flower store.