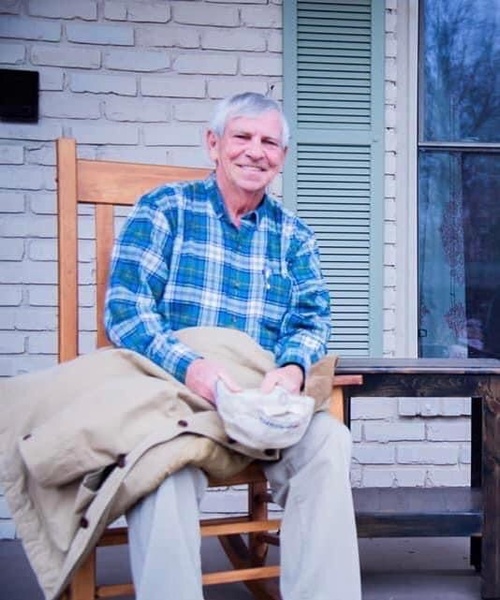 Thomas Lee Smith, 77, of Brunswick, passed from this life on Wednesday, December 14, 2021 at Johns Hopkins Hospital in Baltimore.  He was the husband of 56 years to Vivian Smith.  Born on November 24, 1944, in Harriman, TN, he was the son of Alex Smith and Fannie Bell (Trout) Smith.

Tom was a 1963 graduate of Harriman High School in Harriman, TN.  He graduated from Knoxville Business College and held a First Class DC Power Engineering License.  Mr. Smith spent his entire career in building maintenance, and worked at Farm Credit Administration in McLean, VA from 1984 until his retirement in April, 2020 at 75 years old.  Tom started playing golf, or "cow pasture pool" as he called it, at 46 years old.  He had a group of about 20 regular golf buddies that played 4 to 5 days a week, and Tom even played 27 holes on December 2, the day before his recent surgery.

Tom was a born again Christian, and was a very active member of Faith Baptist Church in Knoxville, where he served on the Stewardship Team as well as on the Building and Grounds Team.  Tom served the City of Brunswick as Mayor from 1994 to 2000, having previously served on the City Council, beginning in 1988.  He served for a combined total of 26 years in the Brunswick community, and was most recently a member of the Finance and Utility Commission at the time of his passing.  He was a member of the Maryland Municipal League, awarded for 20+ years of service.  Mr. Smith also served the community in various other capacities, including being a past president and life member of the Brunswick Volunteer Ambulance Company and was heavily involved with youth sports throughout town including Midget Football and PVYA Basketball, as well as men's slow pitch softball. He volunteered at the Brunswick Food Bank for over 20 years, a cause that was very dear to his heart, and also volunteered for the American Red Cross as a certified CPR instructor.

He was a loving and supportive friend, and was a mentor to many.

The family will receive friends on Tuesday, December 21, 2021 from 2 to 4 and 6 to 8 PM at Stauffer Funeral Home, 1100 North Maple Avenue, Brunswick.  A funeral service will be held on Wednesday, December 22, at 12:00 PM at Faith Baptist Church, 2212 Jefferson Pike, Knoxville, Pastor Kevin Marr officiating.  The family will receive friends from 11:00 AM until service time.  Interment will be at Park Heights Cemetery.

In lieu of flowers, memorial contributions are suggested to Faith Baptist Church, at the above address.

To order memorial trees or send flowers to the family in memory of Thomas Smith, please visit our flower store.