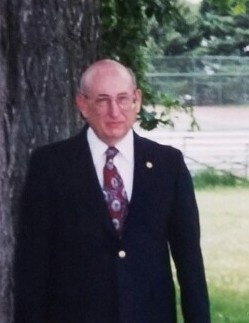 Thomas Kalani McLellan, 81, left this earth for his heavenly home with Jesus on August 14, 2021.  Thomas (Tom) was born in Honolulu, Hawaii to Rosalie and Terence McLellan.  He met his future wife, Judy in 1964 when he was stationed at Ft. Devins, MA at a USO Party.  He happily married Judith Ann Pratt on August 8, 1965.  He just celebrated what would have been 56 years of marriage with Judith, who just recently passed on October 6, 2020.

Tom was a patriot, a solider, and a hardworking, dedicated father and husband.  He loved his wife and children with his whole heart, and did everything he could to provide them with opportunities that were hard to come by for him growing up.  He loved his children and taught them many valuable lessons and introduced them to his passion of aviation.  Along with Judith, he supported his children through all of their sports, musical instruments, Boy Scouts, Girl Scouts, ballet, Civil Air Patrol, math homework, and more.  He loved his role as “Grampy” or “Grandpa” to his soon to be four grandchildren and grand-puppy: Terrence, Ryan, Ellarose, and doggie Brandy.

To start his career, Tom proudly served in the United States Armed Forces, in multiple branches.  Growing up in Hawaii, during World War II, Tom developed a deep respect for Honor, Service, Military, and duty to his Country.  As a young man he joined the Civil Air Patrol and JROTC and participated in numerous activities, including Drill Team and the International Air Cadet Exchange.  Since Tom’s father left when Tom was a young boy, and Rosalie worked hard to raise him as a single mother, Tom relied on his mentors in CAP and the JROTC programs as respectable male role models. Tom’s perseverance paid off and he was awarded top honors as Outstanding Cadet during one of his CAP Encampments as well as many other honors in both organizations.  Shortly after graduating Roosevelt High School, Tom joined the Hawaii Air National Guard and served from 1960-1963.  Wanting to do more with his military career, he then joined the United States Army and served from 1963-1967.  Many of his friends from basic and his unit went to Vietnam.  Because of Tom’s specialty, he was sent to England, shortly after he and Judy were married.  His heart was with his Army brothers in Vietnam, but due to the classified nature of his work, he had to go where Uncle Sam sent him.  Tom’s last stint of service was with the Massachusetts Air National Guard from 1973-1974.

Thomas was a very smart man, earning two degrees in engineering at Northeastern University and Wentworth Institute.  He took additional coursework at MIT as well.  Between 1970-1984, Tom was an engineer for Boston Edison Company, VCR Cold Retreading of US, INC, Evans Supply Company and Stone &Webster Engineering.  His intelligence and drive to learn helped him obtain a position as a Structural/Mechanical Engineer at the US Nuclear Regulatory Commission on May 21, 1984, which he stayed at until his retirement in December 2015.  Upon retirement, he started a new full-time hobby as Model Aircraft Builder and Model Aircraft Pilot.

Throughout his life, Tom looked for ways to serve, especially as mentor to youth, and that included many roles in the Civil Air Patrol.  In 1989 Major Thomas McLellan was awarded Squadron Commander of the Year, and in conjunction, his Squadron, Frederick Composite Squadron, was awarded Squadron of the Year in the Maryland Wing.  In the early 1990’s, Tom and Judy created and established the Mount Airy Composite Squadron, which is still an active and vibrant part of the community today.  Civil Air Patrol and the Mount Airy Composite Squadron gave, and continues to give young adults leadership skills, discipline, opportunities, and self-confidence so that they can become responsible citizens and tomorrow’s leaders.  Tom also served at the Group and Wing levels of Civil Air Patrol, inspiring numerous youth along the way to be the best they can be.  A young cadet that served as his Cadet Group Commander is now an Air Force Chaplin, currently serving in the Middle East.  Thomas also was an active part of Troop 460 in the Boy Scouts, and encouraged his son to earn the Eagle Scout Award.  He encouraged his daughter to earn the equivalent, Girl Scout Gold Award as well; both the highest award and honor a Scout can receive.  Tom was a long-time member of the American Legion, Masons, Kiwanis Club, and was an active member in the South Carroll Aeromodelers Club, where he was recognized as a life member in October 2020.

When growing up near Pearl Harbor, Hawaii, Tom developed his love of aviation while watching the military aircraft fly overhead day and night.  Thomas was an active pilot while living in Charlotte, NC and especially enjoyed taking his son on trips to Gastonia, NC because, “They had the best candy!”  Thomas loved to share his love of aviation, and in retirement served in Civil Air Patrol’s Middle East Region as Aerospace Education Officer.   Thomas was always building some type of model, from planes to trains, boats, and automobiles.  Thomas had a LOVE for the FORD Mustang, having owned a few throughout his life.  The first being a ’67 he ordered while overseas in the Army, then he and Judy drove to CA for his next duty assignment.  Tom taught his children how to be creative, how to keep tinkering with things until you can figure it out; many times taught through his love of building model aircraft.  After his retirement, Thomas was an active part of the South Carroll Aeromodeler’s Club, and the aircraft he built grew into a small Air Force of his own!  He also had a love for his dogs, his daughter’s pets (dogs and horses), always asking: “How are my girls??”  The running joke was that when Grampy watched the dogs, he had to be gently reminded to leave fur on them when Mama returned, because he would be petting them so much!  Some of his descendants founded the Mission Delores in California, and one, in particular was the keeper of the animals.  Tom definitely took after that relative, because in looking for any pictures, it was hard to find one without a dog on his lap, or by his side.

Tom’s legacy is one of love, encouragement, fortitude, and service.  He is enjoying a truly blessed and happy retirement in Heaven with his wife of 56 years, Judy, and their LORD and savior, JESUS CHRIST.  Thomas is survived by his children, son, Shaun Thomas McLellan, daughter, Kathleen Judith Cargill, and her husband, Evan Cargill, grandchildren, Terrence McLellan, Ryan McLellan, and Ellarose Cargill, niece, Lee Ventre and her husband, Anthony Ventre, niece, Kathy Ingles-Colburn and her husband, Ken Colburn, great-nephew, Johnny Ingles, and brother-in-law, Robert Emmitt.  He was preceded in death by his loving mother Rosalie McLellan, father Terence McLellan, brother Terry McLellan, nephew Kevin McLellan, and most recently, the love of his life, Judith Ann (Pratt) McLellan.  Predeceased beloved pets that Tom is now enjoying in Heaven include Zorro, Jamie, Contessa, Commanche, Baby, Wrangler, and Molly.

An outdoor celebration of Thomas’ life will be held at Pine Grove Cemetery, Main Street, Mount Airy, MD on Saturday, August 21, 2021 at 3:00 PM.  If you have ever served in the military or CAP, we encourage you to wear your uniform to honor Tom.

**Due to the current COVID 19 Pandemic, and health concerns and safety for VERY vulnerable family members, we respectfully request if you have had recent exposure to COVID that you NOT attend.  In addition, we respectfully request masks for all attending, regardless of vaccination status.  As much as we would love to hug and shake hands for all who come, due to health considerations, we will have to maintain social distance.

As an expression of sympathy, donations may be sent to:

To order memorial trees or send flowers to the family in memory of Thomas McLellan, please visit our flower store.